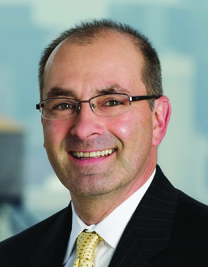 The digital technology and advertising company has promoted its chief revenue officer, Craig Smith. Among his tasks will be creating additional workflow efficiencies in the company's CMS platforms and the larger newsroom environment. Robert Mischel, who was COO and CFO, left the company earlier this month.

Craig Smith, chief revenue officer of Worldnow, has been elevated to president and COO of the digital technology and advertising company.

Founder, Chairman and CEO Gary Gannaway, who owns 60% of the company, said that he told senior management nine months ago that Smith was to be successor.

Smith path to the No. 2 job was cleared when COO and CFO Robert Mischel left the company earlier this month.

“I chose the best person to take the company to the next level,” said Gannaway. “Craig knows the business better than I do and he knows it from the ground up.”

Smith said he was honored and “energized” and by the promotion.

“We are focused in 2015 on creating additional workflow efficiencies in our CMS platforms and the larger newsroom environment,” he said.

“Further, we are excited to begin rolling out innovative ways to capitalize on the emerging OTT world. Our goal is to help our clients grow their audience by delivering content and monetization everywhere with a unified easy to use digital platform and workflow.”

Smith brings more than 20 years of senior leadership experience in the broadcast and digital media, entertainment, and technology industries. Prior to joining WorldNow, Smith was a division manager for Paramount, where he directed sales and marketing activities.

Earlier in his career, Mr. Smith spent 11 years at Viacom, where he held various management roles in the television syndication field.

Smith holds a bachelor’s degree from the University of South Carolina School of Journalism, where he studied marketing and television management.

Funny how we never saw any reporting here on this site about Bob Mischel suing Gary and the company for age discrimination.

Keep those ads coming and printing their press releases.