Back to TVNewsCheck Home Print this page
DMA 25: RALEIGH, NC 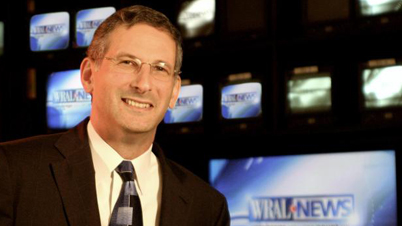 Later this year he will leave the Capitol Broadcasting Raleigh, N.C., NBC-Fox duopoly after 10 years.

“It has been a terrific honor to work with the team at WRAL and Fox 50,” Hammel said, “and I feel so very grateful to be part of what the Goodmon family has created in Capitol Broadcasting. It’s a special place full of incredibly passionate and dedicated people. After almost 10 years here and more than 40 years in broadcasting, which includes the love of deadlines and various pressures, I look forward to enjoying other aspects of life. Until the day I leave, it will continue to be a privilege serving our community and our viewers. After that, I will proudly take the role of being their No. 1 viewer.”

A leader known for his connection to staff and positive approach to challenges, Hammel has led the stations to many awards and recognitions including an NAB Service to Community Award. Broadcasting & Cable magazine recognized Steve’s commitment to broadcasting in 2015 naming him the large market general manager of the year.

During his tenure, Hammel has seen continued ratings success for WRAL and was responsible for expanding both WRAL and WRAZ’s local news footprint, adding the 4:30 a.m. and 4 p.m. newscasts on WRAL and expanding the 10 p.m. newscast on WRAZ.

He also continued the WRAL legacy of community commitment by championing news franchises like “Here to Help,” dedicated to supporting the most critical community needs.

Hammel led the successful WRAL network affiliation change to NBC in 2016 and is known throughout the broadcast industry for his focus on developing leaders and supporting innovation. During his tenure, he established the CBC-UNC Diversity Fellowship Program, which led to college journalism seniors getting their first jobs in broadcasting, including some at WRAL.

James “Jimmy” F. Goodmon Jr., Capitol Broadcasting’s president-COO, said: “Steve has done an outstanding job in carrying the torch for WRAL-TV and Fox 50 and remaining true to the ongoing legacy of our company, mainly an unwavering commitment to people and community. His calm, steady leadership and people-centered approach made him one of the most beloved GMs in this station’s history.  Steve will always be a part of the family.”

Hammel became VP-GM of WRAL in November 2008. He came to Capitol Broadcasting from Phoenix where he held the same position at the CBS affiliate, KPHO. While at KPHO, Steve initiated and developed the Meredith-ASU Cronkite Journalism Minority Fellowship Program. He also started the first Phoenix Hispanic Advisory Board.

Prior to Phoenix, Hammel oversaw news departments in Washington; St. Louis; Rochester, N.Y.; Dallas; Syracuse, N.Y.; and Harrisburg, Pa. He also was a television and radio news reporter, as well as a newscast producer.

Hammel graduated from the S.I. Newhouse School of Public Communications at Syracuse University.

His final day with WRAL-WRAZ has not been announced, pending the search for his replacement.

Negotiated with Hammel when he was with WJLA in Washington. He’s first class.