Four months in, Fusion, the joint venture between ABC News and Univision, is shaking up its programming while adding 14 million more homes. Dish Network will now carry the news and lifestyle channel geared toward millennials, making it available in about 35 million homes, well on the way to its goal of being in 60 million homes in its first 5 years.

From new national ventures like ABC-Univision’s Fusion (which broadcasts in English) to new local Spanish-language newscasts around the country, broadcasters are expanding news offerings targeting Latino viewers to keep up with that audience’s growth in numbers and strength. The growth also signifies broadcasters’ foray into secondary markets that have burgeoning Latino populations. 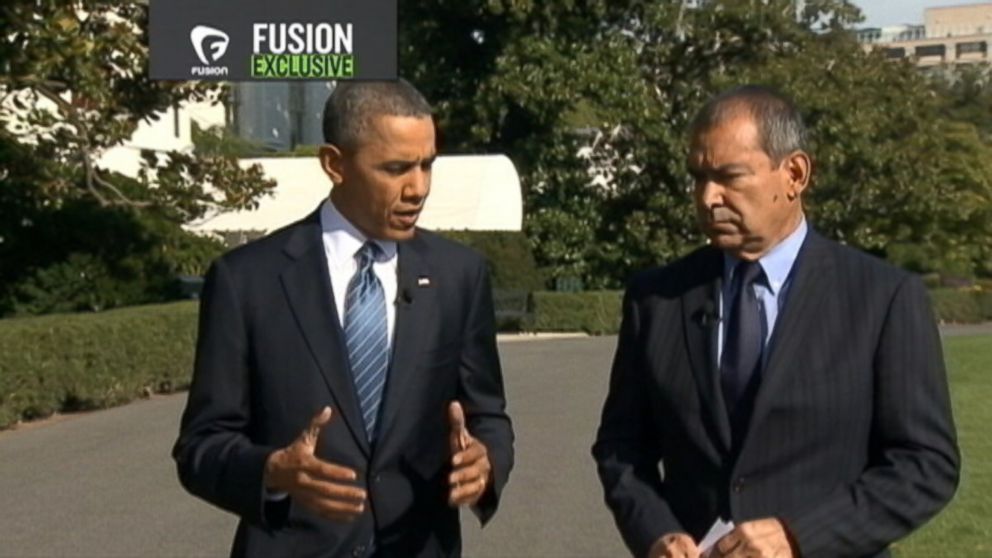 The new English-language cable network from ABC and Univision debuted Monday evening. With the original target audience of millennial Hispanics expanded to “engage and champion a young, diverse and inclusive America,” it hopes it will be a hit with a mix of “smart and irreverent original reporting, lifestyle content and comedy programming.” Among its first-night coverage was an exclusive interview of President Obama by ABC News’ Jim Avila.

The new English-language television network will target millennial Hispanics and their BFFs as it attempts to capitalize on a generation for which cultural fusion is the norm and digital media is king. The network will provide something of a grab bag: a mix of hard news, commentary, sports and irreverence aimed at 16-30 year-olds.

Randy Falco, he CEO of Univision, already presides over the dominant network for Spanish-language television. It recently won the bragging rights of snagging the No. 1 rating of any network during the summer rerun season, beating out NBC, CBS, ABC and Fox for adult viewers under 50. Now Univision is partnering with ABC to launch Fusion, a cable network ostensibly aimed at English-speaking Hispanics but increasingly looking like a channel designed for young people in general.

U.S. Spanish language broadcaster Univision is ramping up Fusion, its new English cable news network aimed at younger viewers, hiring hundreds of staffers as it prepares to enter the crowded cable market. The network, a joint venture with Disney’s ABC, will be in 20 million homes in October, but executives said it aims to be in 60 million homes.

Fusion, the forthcoming cable channel that is a joint venture of ABC News and Univision, now has a premiere date — Oct. 28 — and a primetime schedule. The channel has broadened its target audience to include millennials as well as bilingual Latinos.

Fusion, ABC and Univision’s new network aimed at young English-speaking Hispanics in the U.S., is continuing to bolster its staff with the appointment of Mark Lima as its vice president of news.

The new ABC-Univision English-language cable network targeted to Hispanics is busy building its suburban Miami headquarters (pictured), staffing up and developing marketing and advertising strategies. The next big step will be the hiring of a CEO, which is in the works. Fusion will be a completely separate entity with its own employees, talent and executives. However, during the startup, Univision will lead the charge in terms of programming, while Disney/ABC will focus on ad sales and distribution.

The new English-language news and lifestyle network for U.S. Hispanics launches in the second half of 2013. Five cable operators are already onboard.