The retired CEO of Journal Communications comes on board as the company works toward closing its purchase of 23 stations from Ion Media Networks.
By Mark K. Miller | December 3, 2020 | 3:09 p.m. ET. 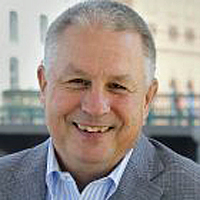 “Given his long tenure in the broadcast business, Steve is deeply immersed in the community and the public responsibilities associated with being a local television broadcaster,” said John Chachas, INYO’s CEO. “He is highly respected in the industry, and we look forward to benefiting from his decades of experience as we build INYO.”

Smith is the retired chairman and CEO of the former Journal Communications Inc. He was elected CEO in March 1998 and chairman in December 1998. He retired from Journal in April 2015 after successfully selling the company. Smith’s career spanned over 40 years, beginning with Journal’s broadcast division in 1976. He served in general management roles at Journal’s radio and television stations and eventually oversaw Journal Broadcast Group.

In April 2015, Smith became non-executive chairman of the board of Journal Media Group, the public newspaper enterprise. He served in that capacity until April 2016, when JMG was sold to Gannett.

Smith also has served on the board of the Newspaper Association of America (2006-14). He received a Bachelor of Arts degree from The University of Wisconsin Madison.