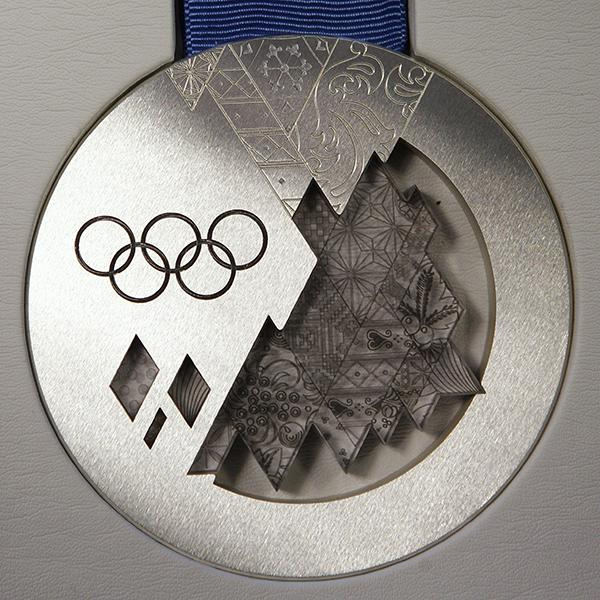 Although NBC has scaled back on a few fronts compared with previous years — and still refuses to show the opening ceremonies live — things have improved considerably since 2000, when online "video" meant still images grabbed from NBC's video feeds.

Although NBC has scaled back on a few fronts compared with previous years — and still refuses to show the opening ceremonies live — things have improved considerably since 2000, when online “video” meant still images grabbed from NBC’s video feeds. Fast forward to the London Summer Games in 2012, when every single competition and medal ceremony was available live.

NBC has extended that to the Sochi games, which began Thursday. Every sport is available live at NBCOlympics.com and the NBC Sports Live Extra apps for Apple, Android and Windows Phone devices — the Windows version just arrived Tuesday. By contrast, during the previous Winter Games, NBC largely limited live video to curling and ice hockey.

On Thursday, I was able to watch the short program in team figure skating shortly after 10:30 a.m. ET, or 7:30 p.m. in Sochi. NBC didn’t make me wait until its television broadcast in the evening. By then, I might have learned of results from Facebook or the multitude of websites offering non-video coverage.

The day’s coverage actually began at 1 a.m. ET. with qualification rounds in men’s slopestyle. It’s a form of snowboarding in which skiers display technical skills and creativity as they maneuver down a slope peppered with jumps and rails they must slide across. I know that because NBC had a short video explaining the sport.

Of course, I didn’t actually get up at 1 a.m. to watch the Olympics. That would be crazy. Instead, my alarm went off at 4 a.m. Less crazy.

I didn’t make it out of bed until closer to 5 a.m., though, when qualification rounds for women’s slopestyle began.

It’s unfortunate that NBC doesn’t allow me to watch from the beginning. I have to catch the live stream in progress, the way television worked before digital video recorders came along. I also cannot rewind and pause video on the website, while capabilities vary on the apps.

There was a lot of down time watching events on opening day. I had to wait more than an hour between the two groups of skiers in women’s slopestyle. The live video continued, but it was mostly a distant shot of the slope. It was like watching paint dry.

I would have wanted to use that time to catch up on events I missed while sleeping. But NBC isn’t making replays available until about 3:30 p.m. ET each day. For some events, that’s more than half a day later. The exceptions will be in lower-profile sports such as curling and ice hockey.

Another limitation: I’m able to watch just one video at a time. During the 2008 Summer Games in Beijing, I was able to watch four — one on the main screen, plus three in smaller windows to the side. Although there weren’t any overlapping events Thursday, that’s coming. The alternative is to watch a second feed on a phone or tablet.

Live video and full-event replays are limited to subscribers of pay TV services, such as Comcast, Verizon and DirecTV. You need a password from your provider, typically the same one for online bills.

If you’ve dropped cable to save money, you’re limited to 30 minutes of video on the first day you watch, and five minutes a day after that – enough to get a taste of what you’re missing. There’s no option to pay for just the Olympics online. There’s no use griping, as the television industry is doing this to discourage people from cutting their pay TV service.

Without a subscription, you can still get highlights and other features for free. There are actually two Olympics-related apps from NBC. Live Extra gets you live video, while schedules, results and news stories are on a separate app, NBC Olympics Highlights and Results.

NBC continues its practice of using a lot of video from world feeds produced for countries that don’t have their own broadcasters. These are broadcast-quality feeds, with graphics, commentary and replays chosen by the production crews.

It’s nice to see non-Americans compete, something that’s typically missing from NBC’s television broadcasts unless they are the top contenders. But it also feels as though NBC is just throwing these videos online.

NBC will address this partly by expanding an online channel called “Gold Zone.” With multiple events going on, it can be difficult to keep track of what to watch. “Gold Zone” takes you to the best of what’s happening. NBC offered that in London, but “Gold Zone” will get more of a broadcast feel in Sochi with hosts and a studio. It won’t start until Saturday, though.

In a sense, the online experience is beginning to replicate television, with more content made available to you.

Consequently, the online features feel less interactive and more difficult to seek out. The events schedule now feels more like a television listing. Events are displayed chronologically, rather than as a grid that lets you jump around from day to day, sport to sport. Results are buried in the schedule, rather than collected in one place under a “results” tab.

NBC also removed a central place for getting primers on various events. Instead, specific primers, such as the video on slopestyle basics, are presented to you now and then — just like television.

If you have a streaming device such as Roku or Chromecast, you’re largely out of luck. I managed to get video on the big-screen TV only by using an Apple TV to mirror the display on my Mac computer. That feature is disabled on iPhones and iPads.

NBC wants the online experience to be like television, without replacing television. In doing so, it’s adding constraints that make online viewing a silver-medal effort at best.

Wish I was back in Upper Michigan and be able to see CBC and Global’s coverage. In the past it has always been far superior to NBC. No sappy personal interviews, just good, solid coverage, most of it live, even in the wee hours of the morning.