How Landgraf Built One Of TV’s Hottest Brands

In four interviews conducted in May and June, John Landgraf spoke at length with Variety about his tenure at FX and the company’s future in the Disney universe. At the core of those conversations is Landgraf’s creative philosophy, which emphasizes serving the writer’s vision without necessarily being deferential.

The traditional TV landscape where NBC once ruled has been disrupted by the rise of prestige shows on premium cable and online streaming services. All the broadcast networks are scrambling to hold onto their diminishing audiences and cultural relevance. But the demand for the people who developed the arsenal of NBC’s high-quality hits of the 1990s — many of which have sustained their popularity thanks to online streaming — has remained.

FX Networks chief John Landgraf has long criticized Netflix’s quest to dominate television, and has advocated for the streaming giant’s shows to be evaluated, numbers-wise, in the same way that broadcast and cable series are.  But now that Netflix has finally begun selectively touting its’ audience, he’s labeling its claims as bogus.

FX Networks CEO John Landgraf sees no end in sight to the growth of scripted TV production. During his Friday appearance at the Television Critics Association press tour, Landgraf gave a midseason update to his company’s annual tally of dramas, comedies and limited series in productions, and the arrow is still pointing up, as it has been since 2010. Through the first six months of 2018, 319 scripted series have been produced, up 5% from the same period a year ago. Much of the growth is propelled by the robust output of Netflix and other streaming services.

As we look ahead to FX’s John Landgraf’s semi-annual “Peak TV” address at the cable network’s upcoming TCA presentation, it’s worth asking: How will broadcasters, cable networks and independent studios adapt to the ongoing pressure from their well-funded digital rivals?

Continued growth in digital streaming programming drove the number of original scripted U.S. TV series to an all-time high in 2017, according to data released today by FX Networks. Speaking at the Television Critics Association winter press tour, FX CEO John Landgraf presented data culled by his company’s research department asserting that 487 original scripted series aired across broadcast, cable and streaming in 2017 — up 7% from 455 in 2016. The number of streaming series was responsible for much of that uptick, growing 30% from the previous year at 117.

“I want the humans to be able to hold their own against the strength of the machines.” That was perhaps the most ominous line spoken from the stage at the summer Television Critics Association press tour, and it came not from an actor or showrunner but FX Networks chief John Landgraf. He wasn’t describing the plot of a new scripted drama. He turned to the classic science fiction trope as a metaphor for the situation that he and other cable programming executives now find themselves in as Netflix, Amazon, Facebook, and Apple engage in a “titanic struggle” — Landgraf’s words — for domination in the video entertainment marketplace.

With a greater supply of U.S. television than can be profitably produced, the industry is “ballooning into a condition of oversupply” that will likely peak in the next two years and then slowly deflate, FX Networks chief John Landgraf said Tuesday.

Five months after he coined the term “peak TV” to describe the overwhelming amount of video content available to audiences, FX Networks CEO John Landgraf said we’re not yet at the peak, but will be soon. Landgraf also renewed his calls for Netflix to release data so it can be on a level playing field with the other TV networks.

With the number of shows approaching 400 this year, John Landgraf of FX Networks says the cluttered TV landscape is challenging viewers and the industry.

FX’s Landgraf: ‘There’s Too Much Television’

How much TV is too much? FX’s CEO John Landgraf has been meticulousy keeping tally of the original scripted series on TV, and reported at TCA today that the final number for 2014 was 371. His projection is that the amount will surpass 400 in 2015. “There is too much television,” Landgraf said.

The migration of TV to platforms like the Internet represents a “massive transition in technology, user interfaces and the nature” of the television industry, says FX CEO John Landgraf. “As long as we and others are able to innovate and invest, it’s great for the consumer” since competition will result in “the best possible work.”

Outspoken FX Networks CEO John Landgraf had much to say about the media landscape Wednesday, taking to task two other content outlets with which his FX and FXX regularly compete: HBO and Netflix 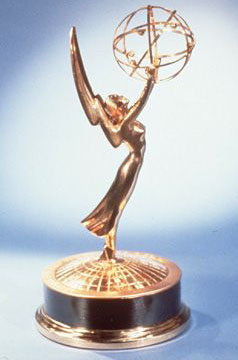 FX Networks CEO John Landgraf today threw his hat in the debate over what constitutes a drama series and a miniseries for Emmy consideration and whether an hourlong series can enter as a comedy, challenging the TV Academy to stiffen its criteria and create stricter category guidelines.

News Corp. has promoted John Landgraf to chief executive of its FX Networks and FX Productions unit. The move comes before the launch of FXX, a sister cable channel to FX that will make its debut in September. FX also has a movie channel called FXM and a video-on-demand platform called FXNOW. Landgraf, who previously had been president-GM of FX Networks, will now have a broader role in both running the networks and the production arm as well as its business operations.