Bull star Michael Weatherly remains loved by viewers despite Eliza Dushku’s claim of on-set sexual harassment against him, CBS said in defending its decision to keep the show and the actor on the air.

CBS is defending its handling of a sexual harassment by Michael Weatherly, star of its drama series Bull. CBS Entertainment President Kelly Kahl said Wednesday that Weatherly “owned” his mistake and was apologetic and remorseful. Last year, CBS reached a $9.5 million confidential settlement with actress Eliza Dushku after she alleged on-set sexual comments from Weatherly made her uncomfortable.

The actress wrote an op-ed in The Boston Globe about her $9.5 million settlement after on-set sexual comments from Michael Weatherly, star of the CBS show Bull, made her uncomfortable when she was beginning a run as a recurring character.

CBS reached a $9.5 million confidential settlement last year with actress Eliza Dushku after on-set sexual comments from Michael Weatherly, star of the network’s show Bull, made her uncomfortable when she was beginning a run as a recurring character. Dushku was written off the show after complaining about Weatherly’s comments on her appearance and jokes involving sex and rape made in front of cast and crew in March of 2017.

Anderson Cooper, Neil Patrick Harris and Michael Weatherly are among those (still) testing out the other chair as the syndicated talker debuts Season 29 on Sept. 5. 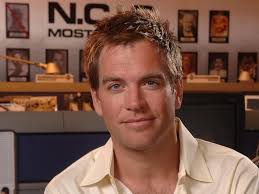 NCIS favorite Michael Weatherly is exiting the CBS drama after 13 seasons. The actor will make his final appearance as Special Agent Tony DiNozzo at the end of this season.

‘NCIS’ Trio Re-Sign For Season 10 And Beyond