The former head of Cox Media Inc., the advertising division of Cox Communications, will oversee the rep firm as well as Videa and Gamut. He succeeds David Palmer and Jason Morrow, the former president and COO, respectively, of Cox Reps, who left recently.
By Harry A. Jessell | August 28, 2018 | 9:13 a.m. ET. 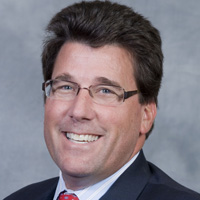 Named to run the rep firm as well as Videa and Gamut is Billy Farina, who headed Cox Media Inc., the advertising division of Cox Communications, the cable arm of parent Cox Enterprises.

He’ll start Sept. 17 with the title of president of national ad platforms.

The company says Cox Reps now represents more than 350 stations in the national ad market. Gamut is a digital media services company. Videa is trying to established itself as automated sales platform in TV broadcasting.

Palmer and Murrow, who were appointed to their Cox Reps posts in October 2016, quietly left the company over the summer, sparking much speculation as to why.

CMG declined to address the speculation. The official word from the unit is that Palmer retired and Murrow “resigned.”

In a statement, CMG CFO Brett Fennell said Farina brings 30 years of national advertising experience to the job.  “With his deep business acumen and keen focus on innovation and operational excellence, I am confident in Billy’s leadership and excited to welcome him to CMG.”

Farina has headed Cox Media Inc. since 2005, the company said. Under his leadership, the unit nearly quadrupled in size.

Farina serves as a member of the Board of Directors for Canoe Ventures, the Video Advertising Bureau and NCC Media.

The National Rep biz is DOA!!!