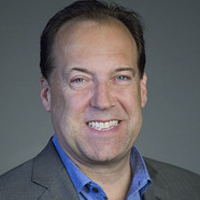 Chapuis has been news director of Scripps’ ABC affiliate in San Diego, KGTV, since 2017. His new role is effective Jan. 6.

“Ed has brought keen news judgment and business acumen to his leadership roles,” said Brian Lawlor, president of Local Media. “His deep experience in California newsrooms and in leading teams will help us continue the good work at KSBY, most immediately during this important political cycle.”

Chapuis has nearly 35 years of experience in the broadcast industry, beginning at WMAQ in his hometown of Chicago. He has spent the majority of his career in California, serving as news director at several stations including KTVU San Francisco and KCRA Sacramento. His first news director role was at the now-Scripps owned KTNV Las Vegas.

Chapuis has earned three national Edward R. Murrow Awards, a national Peabody Award and three regional Emmy Awards. He is on the board of directors of the First Amendment Coalition.

Chapuis earned a bachelor’s degree in English and communications from the University of Illinois at Chicago.