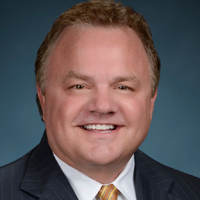 Earlier in his career he worked in local market radio sales and operations at WRVC-FM and WTKZ-AM Huntington, Va., and WIRO-AM/WMLV-FM Ironton, Ohio.
In addition to his media industry experience, Hannon is the best-selling author of the three-volume Engaged Management book series.
Originally from Ironton, Ohio, Hannon holds degrees from Central Texas College and Ohio University. He completed his master’s degree in journalism and broadcast station management at Marshall University. Hannon is also a veteran of the Air Force, Air Force Reserve and Army National Guard.