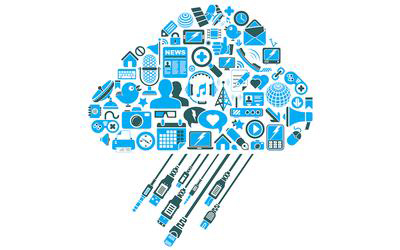 Top technologists at Al Jazeera, Sinclair and Nexstar predict the cloud will help producers break news more quickly, while artificial intelligence and Big Data will help them mine their archives for information, not just about news trends, but about how to shape stories for different audiences and distribution channels including mobile, social and OTT.

The cloud, artificial intelligence and big data will play a much larger role over the next five years in how television news organizations interpret, produce and disseminate the news, according to a panel of executives who spoke at a meeting of the Avid Customer Association in Las Vegas during the NAB Show.

At Al Jazeera, technologists are implementing a “cloud-first” strategy that will enable producers to get breaking news on the air more quickly by providing them access to the tools they need no matter where they are.

“We want to empower people to not necessarily have to even come to the office,” said Mohamed Abuagla, the network’s chief information and chief technology officer.

A cloud strategy also enables technologists to spin up resources or dial them back as they need them, Abuagla said, and it enhances news sharing among Al Jazeera’s 80 newsgathering bureaus around the world.

Initially, Abuagla and his team wanted to move IT infrastructure into the cloud, but they realized that moving all of their news workflow there would enable them to keep their systems more up to date as technology changes.

“We realized that if we work closely with our industry partners we would be able to expand [use of the cloud] to include the rest of the broadcast ecosystems,” he said. “We want to see if we can get everything into the cloud at some point. It’s a matter of being able to scale and focus on telling stories versus maintaining infrastructure.”

For local broadcasters in the U.S. the cloud offers opportunities to offer personalized programming, said Del Parks, senior VP and chief technology officer at Sinclair Broadcast Group. “In five years, we will be using the cloud to deliver content,” he said. “As we move into ATSC 3.0, which can target everyone over the air with individual content, we have to be in that business. You won’t be in that business having a server in your master control room playing out one channel.”

Sinclair is currently looking at playing out its three digital subchannels — TBD, Charge and Comet — from the cloud, Parks said, “and there are other projects we are working on that could play out of the cloud.

“I call it our training wheels, Learn as you grow and if you don’t take some steps now to take some risks operating out of your comfort zone you will never learn anything.”

Like Sinclair, which announced the week before the NAB Show that it was buying 14 stations from Bonten Media, Nexstar Media Group has been busy updating newsrooms and standardizing their workflow as the company integrates following its acquisition of Media General in January.

Even so, Blake Russell, SVP of station operations and content development, believes the cloud will become a way of keeping pace with technology changes. “Everything is evolving and no matter how many steps you take on the NAB floor it will be different next year,” he said.

The number of technology manufacturers and the number of station groups they serve is dwindling thanks to consolidation, Russell said. “It’s ever so important to know where companies are going and where you can go with them. The cloud is right in front of us. What depth we’ll be immersed in the cloud remains to be seen … but we’ll adapt to the changing environment.”

Parks agreed that the relationship between broadcasters and their technology vendors is changing. “Our media environment is changing quickly and dramatically,” he said. “You look for solid partners who you can trust to be around five and 10 years from now.”

Asked to describe the innovations most likely to shape the newsroom of the future, Abuagla cited artificial intelligence and big data. Since about a year ago, Al Jazeera has been having its content analyzed with facial recognition, speech-to-text translation and sentiment analysis. “We’re figuring out at what point was the guy angry? When was the voice loud? At what moment were people cheering?” he said.

“We believe enhancement and enrichment for metadata can only happen through a very savvy AI platform and for the sheer amount of content we have, we can’t get there without having cloud presence and a strong AI engine for analytical purposes.”

“For deployments, we need to make sure we are making good judgements,” Abuagla continued. “Some of this you can’t come up with by yourselves. You need supportive technology that can help you in shaping your thinking and even making educated decisions.”

In addition to analyzing its content with AI, Al Jazeera is also using Big Data analytics to mine information that might be hidden in its archive of 20 years of news programming. Analysts look, for example, at how many times a politician used a certain phrase during speeches he’s made in a certain state, then try to discern if that relates to a certain policy decision he has made. “There are endless possibilities,” Abuagla said. “You have to digitize and then analyze.”

Big data can also, of course, help news organizations figure out how best to cater to the audience. “Should I give them sports news first thing in the morning, or wait till after coffee?” Abuagla said. “Should I give push notifications for sports but not for coverage of an accident?

“You need to look at people’s feelings and analyze that based on psychological depth to understand how to build a distribution strategy around the content,” he said.

Sinclair’s Parks sees AI as a way for TV stations to improve their coverage of life-and-death events. “If you think about how hurricanes go up the East Coast or how tornadoes land in Oklahoma and make their way to Arkansas, you can tell viewers that if they live in Jacksonville on the east side of St. John’s river they had better be careful,” he said. “You really can save lives and it’s our obligation to do that.”

Russell agreed. “When the local stuff hits the fan, people aren’t reaching in their pockets to see where the tornado is headed,” he said. “They are depending on us, and we have to be different. We have to make sure that what we are offering people has a point of difference that is over and above what they are getting on the mobile device we are all carrying.”

Al Jazeera and Sinclair both operate their newsrooms on Avid’s Media Central platform, which, along with the rest of Avid’s production tools, is being made available in the cloud.