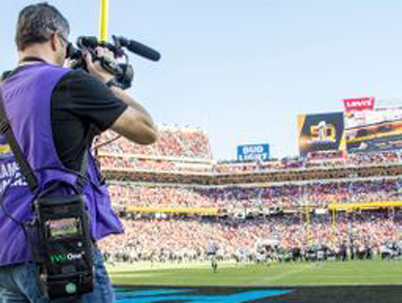 In the first of this year’s NAB Hot Topics series leading up to the NAB Show in April, TVNewsCheck’s Technology Editor Phil Kurz examines the rapidly changing world of field contribution. Broadcasters will be presented with a panoply of technology and applications at the NAB Show. While no two are exactly alike, most seek to leverage existing technologies in new ways to enhance workflows or reduce costs. For a resource page of the companies mentioned in this story, click here. See all 2016 NAB Hot Topics stories here.

Field contribution has undergone a seismic change since the launch of bonded wireless IP newsgathering about a decade ago, and now the technology behind this shakeup is transforming news and other live production workflows, making content sharing cheaper and easier and enabling new approaches to remote coverage once thought to be impossible.

These trends in IP field contribution as well as new developments in COFDM microwave and fiber connectivity will be on full display at the 2016 NAB Show in Las Vegas, April 18-21.

For IP newsgathering to have achieved such broad acceptance, broadcasters needed to be certain they could trust in its performance, says Paul Shen, founder and CEO of TVU Networks. And the facts speak for themselves when it comes to the reliability, he says.

“One of our major customers recently calculated how many successful microwave transmissions they had versus TVU Pack,” says Shen. “What they found was TVU Pack had a success rate of more than 94%. Microwave had 89%.”

Claudia Barbiero, LiveU director of marketing, echoes Shen’s observation. “The train has left the station regarding reliability. It’s now not just about getting content from point to point, but about being able to share that with multiple distribution points.”

In concrete terms, that means using a LiveU field encoder in place of a dedicated satellite or fiber link to share data and video among stations in a group or network affiliates because “it is less expensive and more reliable,” she says.

At LiveU’s NAB booth, TWiT.tv will be netcasting using the company’s encoder in a live workflow. The demo will highlight LiveU’s new partnership with NewTek, showing how its encoders now support NewTek’s Network Device Interface, NDI.

LiveU also will show its IP encoders working with some of Panasonic’s latest cameras and a remote production vehicle with an integrated drone system using LiveU’s bonding and encoding technology, says Barbiero.

Streambox will be spotlighting its new relationship with NewTek, with an integration of its Avenir Micro with TriCaster, says Bob Hildeman, Streambox co-founder and CEO. “Now Streambox video will appear as a video/camera source for production [on the TriCaster production system],” he says.

The integration “expands on our mobile video everywhere vision” by relying on NDI-encapsulated and compressed video and the cloud to bridge a gap of hundreds, or even thousands, of miles that separate a remote venue where cameras cover an event from a centralized production control room, he says.

“Our TriCaster plug-in will allow broadcasters to send video anywhere across the globe over 3G, 4G, Wi-Fi, Ethernet and Internet networks. So this will widen their contribution as well as near close-area contribution,” Hildeman says.

Getting more deeply integrated into emerging IP-based production systems will be an important focus of Dejero, but this vendor has set its sights on Grass Valley’s GV Stratus production and asset management system.

“We will be showing our management system within Stratus so we have the same workflow,” explains Bogdan Frusina, founder and CTO of the company. In practical terms, that means Dejero store-and-forward content will show up in the Stratus manager. Users can then simply drag and drop the content to an editor from within Stratus to begin editing.

“When you do field contribution, you don’t need closed captions,” says Frusina. “But when you start talking about moving data among stations and distributing content, they’re important.”

Vislink, which is playing its cards close to its vest about new NAB introductions, will look to combine the best of IP transport with traditional Broadcast Auxiliary Service (BAS) COFDM transmission to improve the news workflow in the field, says Vislink CTO Mike Payne.

While he declined to reveal too many new product specifics, Payne says broadcasters are looking for ways of “revaluing BAS spectrum and starting to use it in a way that is similar to how cellular technology is being used.”

A desire on the part of broadcasters to reduce or avoid entirely recurring charges for leasing bonded IP newsgathering systems and data plans is driving this, and BAS microwave links provide an attractive alternative, he says.

“Specifically for us, NAB will be about offering products that promote an IP workflow in the BAS spectrum,” he says.

The enhancement will allow reporters and others in the field to use the DMNG Pro as a wireless hotspot for their computers so they can monitor news wires, check email, write stories and access other newsroom resources while at the same time streaming video content back to the station.

A new firmware upgrade that will be available at NAB will boost the encoding performance of DMNG Pro, he adds. Currently, the device supports dual encoding to allow lower bit-rate content to be streamed at the same time a 15 Mb/s stream is being recorded. The enhancement increases the bit rate for recording to 20 Mb/s, says Jachetta.

TVU Networks, too, will focus on ways to improve news contribution and workflow, says Shen, although he declined to offer many specifics.

The addition of metadata to the IP newsgathering mix has been an important driver in enhancing these workflows, he says. For example, timecode makes it possible for its users to proxy edit a live stream and then retrieve the higher-res content that corresponds exactly to the proxy for final conforming. Similar sorts of workflow enhancements will be part of TVU Networks’ NAB rollouts, he adds.

The focus at both Comrex and Teradek will be on new systems to improve IP-based contribution from the field.

Comrex will unveil its own 4G LTE modem for its LiveShot video codec. The modem is designed to enhance connectivity and data throughput from the field, says Chris Crump, senior director of sales and marketing for the company

“Performance is substantially better than what can be achieved with standard AT&T, Verizon or Sprint modems,” he says. The Comrex modem is equipped with a high-gain antenna that is optimized for field use.

The company also will highlight the return video capability of its system, which reporters in the field can use to monitor video or teleprompters from the studio while reporting in the field, Crump says.

With more than 45,000 IP encoders in the field, Teradek is no stranger to making this technology work for field contribution, yet Jon Landman, company VP sales, says bonding multiple USB modems together to transport IP encoded video back to the station from the field is no longer on the cutting edge.

What’s needed is a way to allow broadcasters to achieve the same results but sidestep all of the monthly modem subscription fees and headaches of managing data usage, he says. At NAB, the company will introduce Cube 655, an intelligent IP encoder with built-in technology that allows it to act as a Wi-Fi access point.

With the new Cube, all iPhones in the pockets of a news crew in the field can be bonded together to provide the bandwidth needed to transport video content back to the station, he says. The Cube 655 parses out the video IP packets via Wi-Fi connection to each iPhone, which has been enabled with Teradek’s ShareLink app, for contribution.

“This wirelessly bonds together the bandwidth of up to six phones on an ad hoc basis, even phones without a data plan, to feed content from the field back to the station,” says Landman.

Of course, not all field contribution developments at the NAB Show will involve IP newsgathering and IP enabled workflows.

Integrated Microwave Technologies, which about a year ago was purchased by xG Technology in Sarasota, Fla., will highlight its new ultraLITE 2 GHz and 7 GHz COFDM transmitter for drone use at the NAB Show.

IMT has trimmed the weight of its microLite wireless transmitter to allow drone maker AEROBO to come in under the FAA’s four-pound weight restriction with an airborne platform capable of transmitting HD video between one and two miles, says IMT CT0 John Payne. “AEROBO is creating a special-built drone for electronic newsgathering,” he says. “The idea is to have a drone on every ENG vehicle.”

“The only other way to extend an SDI signal over a mile is with repeaters and signal boosters,” says Grotticelli. “With fiber, you have unlimited bandwidth and with single mode fiber used by LightBox, you can go up to three miles without any booster or repeater.”

For news, the rackmount LightBox is typically mounted in a roller case and moved close to the SDI signal source, which it converts for fiber optic transport to a corresponding unit that converts the light pulses back into SDI.

At the NAB Show, MultiDyne will highlight new GigE connectivity for LightBox that makes it easy to control remotely and a new sync feature that allows multiple units to be synchronized, says Grotticelli.

While LightBox enables HD transport over long distances, Grotticelli points out that the bandwidth it offers also can easily handle 4K signal transport when that becomes a broadcast reality in the future.

Grass Valley also will introduce a 4K transceiver specifically for robotic cameras at the NAB Show he says.

With so many new developments in field contribution, broadcasters will be presented with a rich stew of technology and applications at the NAB Show. While no two are exactly alike, most seek to leverage existing technologies in new ways to enhance workflows or reduce costs.

That has to be welcome news for broadcasters who increasingly rely on live, local content from the field to differentiate themselves from new digital competitors.