Back to TVNewsCheck Home Print this page
2015 CES 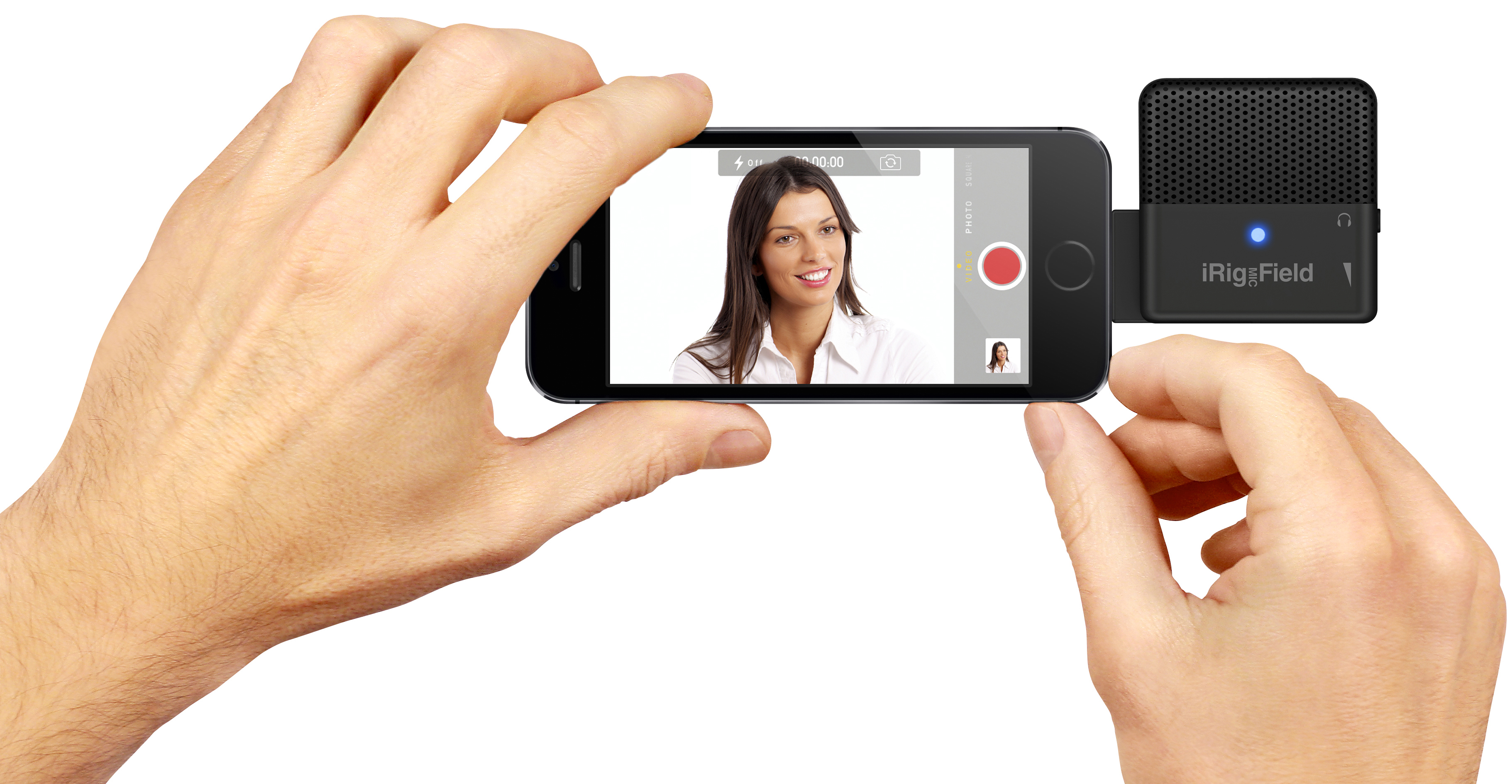 For broadcasters to discover the newest gadgets likely to benefit TV stations, you had to trudge the aisles of the LVCC’s North and South Halls and adjacent hotel exhibit halls. For that’s where the buried treasures were to be found (like this iRig Mic Field add-on microphone for iPhones and iPads). Here’s a sampling.

At the 2015 International CES, the headline grabbers were budget-busting ultra high-def big screen TV’s and trailblazing content deals like Dish Network’s OTT package of cable channels. These top draws were showcased in enormous display booths in the Central Hall of the massive Las Vegas Convention Center.

But to discover the newest gadgets likely to benefit TV stations, you had to trudge the aisles of the LVCC’s North and South Halls and adjacent hotel exhibit halls.

Here lay the buried treasures, but shoppers beware. CES is 50% innovation and 100% hype. Not all of these gadgets will ship in 2015, or ever for that matter. That said, here’s a sampling of winning new technology that’s likely to arrive on schedule:

The 2-ounce camera features WiFi and Bluetooth and, best of all, can stream video live — that is when you attach it to its 5-ounce “sled” mount that contains a dual band chip that connects to Verizon’s XLTE network. If the Ego looks familiar, that’s because it debuted at the 2014 CES but took an extra year to perfect the streaming feature with Verizon. This time it’s scheduled to ship in first quarter, priced at $400.

Live streaming is coming this summer to Sony’s new AS1000V but the basic 4K Action Cam is available for pre-order today and ships in March. The $300 camera boasts big improvements in optics and image stabilization over last year’s model and includes an external mic jack and an HDMI output.

It “delivers full HD broadcast quality” using Sony’s XAVCS consumer format. The $400 remote control version ships in mid 2015 and includes the wrist-mounted Live View Remote which can control up to five of these cameras at once — a virtual studio-in-a-box for less than $2,000.

A tinier, more affordable camera is the Narrative Clip 2, a 1.5 inch square less than half an inch thick that weighs less than half an ounce. It clips to any shirt, collar or lapel. You control the camera with a smartphone app (iOS or Android) that connects via WiFi or Bluetooth, and to your computer with a micro USB cable.

Its 90-degree lens uses an 8 megapixel chip that records ON 8 GB of internal memory. The $200 Narrative Clip 2 ships “later this year” and replaces the more limited original model that is still available for $149.

IKMultimedia has long been a go-to source for music and podcast producers seeking affordable audio accessories and apps. But all along, savvy broadcasters have adapted the company’s iRig line for mobile and studio use. Now comes the iRig Mic Field, a powerful add-on microphone for iPhones and iPads equipped with Apple’s Lightning connectors.

It locks in place but swivels 90 degrees for optimal position, and features a built-in headphone jack plus a physical gain control with LED indicators. It’s available now from Amazon for just $99.

Speaking of iOS devices, the long wait is almost over for millions of early adopters of the iPhone 6 and 6 Plus. A new generation of battery cases debuted at CES. The stylish and somewhat pricey Mophie introduced its slim  Juice Pack Air for iPhone 6, which doubles battery life for $100.

Mophie’s beefier Juice Pack Plus for iPhone 6 costs $120 and more than doubles (120%) the iPhone 6’s battery life. The Juice Pack for iPhone 6 Plus boosts the 6 Plus’s already-robust battery life by an additional 60 percent for $100. All three Mophie cases come in black, white and gold and can be ordered now, but will ship “in 3-4 weeks.”

uNu Electronics has built a loyal customer base for its aggressively-priced battery cases. Its DX Protective case doubles the iPhone 6 battery life for only $60 via Amazon and it’s available now.

And because sometimes the most satisfying new gadgets are the ones that solve annoying little problems, Griffin Technology offers the first Apple-licensed reversible USB to Lighting cable which means no more fumbling to orient your USB connector to its socket. Shipping in March, the cable retails for $30 but is expected to be available discounted for as little as $17.

Look for hands-on reviews of many of these products and more in the coming weeks here at TVNewsCheck.

Arthur Greenwald is a veteran producer and television executive and a frequent contributor to TVNewsCheck.