Back to TVNewsCheck Home Print this page
DMA 11: TAMPA, FL 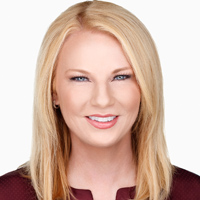 Jacobs joined WVEC in 2004 as a local sales manager. In 2011 she was named director of sales before being promoted to president and general manager in 2014.

Tegna said that under her leadership, WVEC’s news programming has steadily gained share and stature in the Norfolk market. In June, Jacobs was recognized as the top performing leader throughout Tegna’s 49 television stations.

“Kari is an exceptional leader who inspires her teams to achieve great results across all areas,” said Lynn Beall, Tegna EVP-COO for media operations. “She is one of Tegna’s greatest success stories, and her experience, work ethic and relentlessly upbeat attitude will be a tremendous asset to the Tampa team.”

A native of Huntington, W.Va., Jacobs holds a bachelor’s degree in journalism and telecommunications from the University of Kentucky and an MBA from Regent University.

Tegna said it will immediately begin a search for a new general manager to succeed Jacobs at WVEC Norfolk.