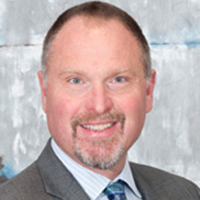 During his 17-year tenure at Nexstar, Jones was instrumental in helping chart the expansion of Nexstar’s local television station group, and more recently had oversight responsibility for Nexstar Broadcasting’s digital local market offerings. Prior to joining Nexstar, he was VP-GM of KTVT and KTXA Dallas-Ft. Worth for seven years and held news positions at KLBK Lubbock, Texas, and KXAN Austin, Texas.

“Working with Perry Sook, Tim Busch and the team at Nexstar has been a fulfilling 17-plus year journey and I am very proud of the work our teams accomplished over that time,” Jones said. “Today, Nexstar is the nation’s leading local broadcaster, with a strong record of serving the communities and markets where it operates and local businesses that it supports with effective marketing solutions.

“I am very excited by the chance to take a step back and transition my responsibilities to the next generation of industry leaders while I spend more time with family and friends in retirement. Nexstar is well-positioned for long-term success and the continued creation of shareholder value and I wish the entire team well as they execute on their plans for continued growth.”

Tim Busch, president of Nexstar Broadcasting, said: “I have worked side-by-side with BJ for the past 17 years and I’m grateful for his leadership and expertise, as he was instrumental in building the foundation for what Nexstar has become and the values that we have established in terms of our commitment to our team members and the local communities that we serve. BJ has been a valued leader throughout this time and on behalf of the entire Nexstar team, we thank him for his many contributions to our long-term success. We have a deep bench of experienced broadcast and digital executives and BJ leaves us in a fantastic position to continue our growth. We wish him all the best as he enters the next phase of his life.”

Nexstar Media’s Chairman, President and Chief Executive Officer Perry Sook added: “Brian has had a great career during which he established a clear record of success which supported our long-term growth. On a personal level, I am thankful for his advice, candor, and leadership during the past 17 years and on behalf of the entire Nexstar Nation, we will miss him.”