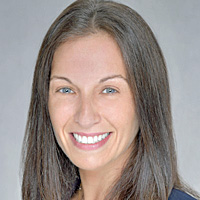 In this role, Crane will work closely with Julio Marenghi, president, sales, CBS Television Stations, to oversee advertising sales for all of the station group’s platforms, which currently include 27 TV stations, as well as the group’s digital properties — including websites, mobile platforms and streaming services.

Her responsibilities include advertising sales and inventory management for CBSN Local, a new portfolio of 24/7 direct-to-consumer services that stream anchored news coverage and live breaking news events from major markets served by CBS stations that are owned by CBS Corp.

“With our CBSN Local streaming services poised to play a major role in our future success, we are very happy to welcome someone with Lauren’s expertise in digital to our team,” said Peter Dunn, president, CBS Television Stations. “We look forward to having her work with our local sales teams across the country and clients to grow mutually beneficial relationships that leverage the strength of all of our broadcast and digital services.”

“We feel very fortunate to have Lauren on board to help the CBS Television Stations pivot our ad inventory to our other platforms and give advertisers more options to purchase across all of the brands in our portfolio,” Marenghi said. “Lauren’s experience and insights will be of great value to us as we continue to embrace the connected-screen evolution and offer opportunities for advertisers looking for more scale.”

Crane joins the CBS Television Stations group after having most recently served as SVP of sales, North America at Mirriad, a video ad insertion company, where she led the U.S. sales team across broadcasters, agencies and brands. Prior to that, Crane worked at Time Inc. and Microsoft. She began her career at Dstillery, a data science marketing agency.

Crane earned a bachelor’s degree in mass communications with an advertising focus from Towson (Md.) University.