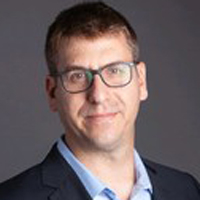 Phishing attacks increase when we are most vulnerable. Not surprisingly, in recent weeks, the COVID-19 outbreak has affected many people around the world. Data has indicated that more and more phishing attack campaigns have targeted or leveraged users’ fear and feeling of uncertainty to engage them in phishing scams.

According to Akamai’s research, some of these phishing campaigns are seizing the moment and are recycling phishing toolkits to make the effort of deploying and launching those campaigns even easier and faster.

Another effect of COVID-19 is the increase of working from home, which leads to the blend of work and personal related use of the same device for employees. As more of these use cases exist, it might lead to a situation where users and organizations are more likely to be exposed to a higher level of risk as the segregation between customer attacks and enterprise attacks fades away.

When it comes to phishing, the most common attack objectives are to lead victims into installing malicious software or stealing victims’ credentials. Both will give threat actors the ability to monetize the scam into selling victims’ valuable information to the highest bidder, which is later abused by other cybercriminals.

Media brands are known to be abused mainly due to the fact that their customers’ credentials are valuable to merchants on cybercriminals’ marketplaces and can be used to illegally access the stolen accounts.

Another use case for such stolen credentials can be found in credential stuffing attacks where attackers are counting on the fact that individuals are re-using the same credentials over different services. For example, if a given user’s media-service provider credentials are also being used by that user on other web services, once those credentials are stolen, attackers will try to force themselves into as many web services as possible and to try to get access to as many accounts as they can.

Much like other merchants that have different levels of demand over different periods of the year, stolen media-services credentials also have high demand in different shopping seasons. According to research done by Akamai, during the holiday season of 2019, phishing attack victims were on the rise with both ecommerce and media as targeted industries.

The fact that both of those targeted industries were leading the growing momentum didn’t come as a surprise. Over that time of the year, consumers generally lower their defenses when looking for bargains, and stolen credentials for ecommerce and media sites become more valuable with increased demand.

Phishing is not a new attack vector, and unfortunately it is not going to die soon. Phishing attacks abuse users when they are the most vulnerable, whether it is their desire to find outstanding deals and coupons or they are concerned and looking for information about COVID-19 outbreak information. In both cases, their chances of engaging with phishing scams will be high and will lead to a higher scam success rate.

There are a number of strategies media businesses can implement in order to ensure their brands and consumers are secure and their organizations as a whole will be less exposed to phishing security risks. These include the following:

Or Katz is lead principal security researcher at Akamai Technologies.