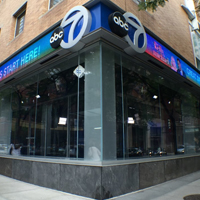 In this role, Camera will be responsible for managing and directing advertising sales and sales strategies of the station’s multimedia portfolio. He will lead a team of sales managers; an Integrated, Sponsorship & Partnership Marketing team; account executives; and research and support staff.

“I am thrilled to have Jon join us; he is a proven leader with a strong track record of sales success,” said O’Connell. “Jon has the ability to combine innovation with a strategic vision to balance the day to day while planning for the future — this combination will bring success to our sales team here at WABC and our advertising clients alike. As the No. 1 station in the New York DMA and the nation, replacing Scott Simensky who excelled for 23 years as our station general sales manager was a critical mission, and Jon is the ideal executive to lead our sales team into the future.”

In December 2008, Camera founded Kingdom Media Marketing, a full-service, independent media planning and buying firm, and for more than 10 years was its president and CEO. He was responsible for obtaining non-owned media assets on large multiplatform and multimarket deals for media companies as well as meeting the needs and providing solutions for marketing and communications agencies. His clients included major broadcasting groups, in addition to numerous independent marketing and communications agencies, in need of seamless and scalable solutions with their multimarket campaign executions.

Camera attended Boston University and is a graduate of Hofstra University with a bachelor’s degree in business administration and marketing.