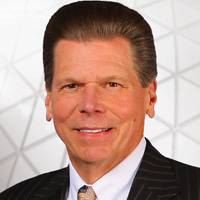 Joseph W. Heston, a television veteran who has served since 1999 as president and general manager of KSBW, Hearst Television’s NBC affiliate that also delivers ABC (CCABC) and Estrella on subchannels in Monterey-Salinas, Calif. (DMA 124), will retire from Hearst later this year.

Heston, whose successor will be named at a later date, caps a career in television broadcasting characterized by news leadership, quality local programming, and tireless advocacy for broadcasters’ community-service mission.  It began in the 1970s and took him, prior to California’s Central Coast, to Hearst TV stations in Boston, Pittsburgh and Baltimore.

“The broadcast industry and Hearst Television have been well served by Joe’s passionate dedication to the mandate of local broadcasters,” said Hearst Television President Jordan Wertlieb. “Whether Boston, Baltimore, Pittsburgh or the Central Coast, in every assignment, Joe has focused and successfully established a strong relationship between our stations and the communities they serve. He and his team have built a vital local presence on the Central Coast, making KSBW and CCABC true representatives of the impact a great local television station can have.”

“How fortunate I am to have had more than three decades with Hearst,” Heston said. “I have been blessed to work with so many creative and talented people throughout the years, at great local stations and at the corporate level.”

A milestone in Heston’s KSBW stewardship — and for local television broadcasting in California — was the 2011 launch, using a portion of KSBW’s digital spectrum, of Central Coast ABC (CCABC); the Monterey-Salinas market’s first ABC-affiliated station in more than a half-century. In 2016, KSBW launched a regional Estrella TV subchannel, Estrella Costa Central, to provide additional programming for the region’s Hispanic viewers.

Previously, he joined Hearst at WCVB Boston, where he was executive producer of programming/assistant program director.

Before Hearst, Heston worked at Westinghouse Broadcasting — now part of CBS — serving in various production and management roles within that company’s stations in Boston, Pittsburgh and Baltimore.

In the late 1980s, he was chosen by the U.S. Government to be the sole U.S. representative to the Arab States Broadcast Union Conference in Tunis, Tunisia, and he was selected by the National Association of Television Program Executives as one of four U.S. broadcasters to participate in an international exchange in London.

How many hours a day does he spend doing that hair?? 🙂