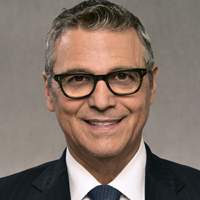 In this role, Marenghi will be responsible for overseeing advertising sales for the station group’s 27 stations, as well as the division’s digital properties — including CBSN Local, a new portfolio of 24/7 direct-to-consumer services that will stream anchored news coverage and live breaking news events from major markets served by CBS stations that are owned by CBS Corp. The first of these OTT services, CBSN New York, launched this week via CBSN on CBSNews.com and the CBS News apps for mobile and connected TV devices, and through CBSNewYork.com and the CBS Local mobile app.

A veteran of more than 30 years in the broadcast and cable television industry, including seven years with CBS, Marenghi most recently has been SVP, revenue strategy, CTS, since January of this year. He has also been president and general manager of the company’s stations in Boston and Providence.

“We feel fortunate to have Julio, with all of his great experience and terrific relationships within the advertising community, providing leadership to our sales teams here in New York and across our group,” said Peter Dunn, CTS president. “We look forward to having him spearhead the continuing success and growth of our sales efforts, both with our stations and the digital platforms that are making our premium content available to consumers whenever and wherever they choose to watch.”

Prior to returning to CBS this year, Marenghi was chief revenue officer for Media General’s 71 television stations in 48 markets. Before that, he spent five years with Tribune Broadcasting — initially as president of WGN America, then as president of ad sales for the company’s 23 stations.

Marenghi was born and raised in Boston and attended Northeastern University. He currently serves on the board of directors of the Television Bureau of Advertisers.