Back to TVNewsCheck Home Print this page
DMA 73: TUCSON, AZ 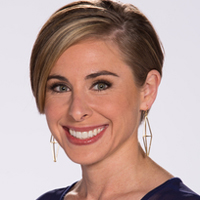 She succeeds Leon Clark, who becameVP-GM of KGTV San Diego in November 2018.

McNeely is vice president of brand strategy, audience development and programming for KABC in Los Angeles. The new position marks McNeely’s return to Scripps, where she served as promotions producer at WCPO Cincinnati from 2003 to 2006. She also has held leadership roles with NBC Local Media, Tribune Broadcasting and Granite Broadcasting.

According to Scripps, McNeely was part of the team that grew KABC’s audience to make it the most-watched local TV station in Los Angeles. She helped lead the strategy and initiatives that propelled KABC into a social media leader in local television and developed multiplatform integration efforts that contributed to station revenue.

“My career began at Scripps, and returning is such an honor,” said McNeely. “I’m excited and grateful for the opportunity to blaze new trails at KGUN and KWBA. I can’t wait to jump in and work with our team to inform, engage, empower and serve our local communities and beyond.”