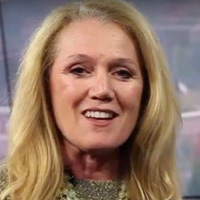 Univision Communications has appointed Diane Kniowski president and regional general manager of local media. Effective immediately, she will report directly to Univision CEO Vincent Sadusky, and be based in Miami.

Kniowski’s initial focus will be on leading Univision’s television and radio stations in six top markets: Los Angeles, New York, Miami, Dallas, Houston and Chicago with GMs in these markets reporting directly to her. President of Univision Radio, Jesus Lara will also report to Kniowski. She will work closely with Univision Local leadership across functions including news, finance and HR as well as marketing, research, engineering, production and operations.

Remarked Sadusky: “Diane’s experience operating a group of top rated local TV and digital properties is a perfect fit for Univision’s local media group. Diane understands how to build communities and her creative solutions will serve our audiences and advertisers well. The foundation of Univision for more than 50 years has been built on the strength of its local television and radio stations, many of which are among the highest consumed, English or Spanish.”

Kniowski said: “I’m very pleased to be joining Univision and working once again with Vince. I see this role providing wonderful new opportunities and challenges alike as the company seeks to continue to further serve the expanding needs of Hispanic consumers, one of the fastest growing consumer groups in America, during a pivotal time in our nation’s history.”

Kniowski brings decades of operational and sales experience in the broadcasting and advertising industries to Univision. She has served as a media buyer and planner and held a variety of roles across the broadcast station spectrum, from national sales manager and general sales manager to general/regional manager, as well as newsroom roles including technical director.

Most recently she was SVP and regional manager of Nexstar Broadcasting, where she had oversight of operations for 32 stations in 15 markets. For the 17 years prior to Nexstar’s acquisition of Media General, she helped maintain the No.1 revenue positions while increasing income as vice president and general manager of WOOD (NBC), WOTV (ABC) and WXSP (MNT) in Grand Rapids, Mich. She also acted as a regional manager overseeing station operations in Michigan and Indiana.

She also launched a cable-based sports channel in West Michigan that brought Detroit sports to the western side of the state.