Tegna promotes her from sales director of its KING-KONG Seattle to oversee its NBC affiliates in Boise and Twin Falls, Idaho.
By Mark K. Miller | October 28, 2020 | 4:01 p.m. ET. 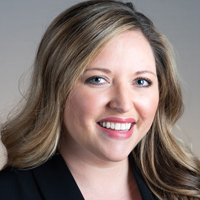 Hagan is joining from KING 5 Media Group, which includes Tegna’s NBC affiliate KING and independent station KONG in Seattle, Wash., where she has been on the station’s leadership team as director of sales since 2016. In this role, she oversees a team of 35 and is responsible for the development and execution of revenue and sales strategy.

Prior to her current role, Hagan was director of market development at KING from 2013 to 2016, where she was responsible for content revenue strategy for local programming and creating local new business initiatives.

Hagan has 17 years of experience in the media industry, beginning her career in 2003 as news intern with Northwest Cable News before joining the sales team at KONG, then owned by Belo, and taking on roles of increasing responsibility in sales and marketing before joining KING in 2013.