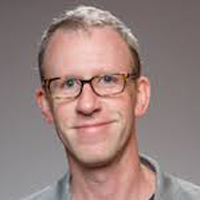 Jessell remains involved with the publication, serving as editor at large, a role in which he continues to write occasional stories and columns (including one that will appear tomorrow) and provides advice and counsel to the editorial team.

Depp joined NewsCheckMedia in 2012 as editor of NetNewsCheck, a sister publication serving digital leaders in the newspaper, TV, radio and digital-only industries.

As special projects editor at TVNewsCheck since 2016, he has been writing and editing for TVNewsCheck and deeply involved in planning and producing events, including NewsTECHForum, TV2020: Monetizing the Future, the OTT News Summit and the Cybersecurity for Broadcasters Retreat.

Prior to joining TVNewsCheck, Depp served as a correspondent for Reuters, as well as a contributor to NPR’s All Things Considered, McSweeney’s Poets & Writers and numerous other publications and radio shows. He was graduated from Tulane University with a B.A. in English and then received an M.A. in English from the University of New Orleans.

“Michael brings a huge amount of energy, strong writing and editing skills and nearly a decade of experience covering the media industry to the job of leading TVNewsCheck editorially,” said Jessell. “He has a solid understanding of the TV broadcasting industry, where TVNewsCheck puts its focus, and of the emerging businesses — such as OTT, mobile and digital — into which broadcasters are diversifying.

“In my semi-retirement, I will continue to follow the broadcasting industry as I have for more than 40 years and I will also be involved in TVNewsCheck’s growing number of conferences. The story of television over the decades has been fascinating with many unexpected twists and turns. I look forward to the next chapter,” Jessell added.

Kathy Haley, who co-founded TVNewsCheck and continues to serve as its publisher, added: “Michael Depp has been working closely with Harry and with TVNewsCheck Managing Editor Mark Miller for years preparing for this day. We are pleased that, as Harry chooses to slow down and spend more time at the ball park, TVNewsCheck will be in excellent hands.”

“It’s a great privilege to take TVNewsCheck’s reins from Harry, and I’m grateful he’ll remain closely involved with our editorial team,” Depp said. “The pace at which the broadcast industry is evolving within the larger media ecosystem is unrelenting. Bringing our readers a comprehensive and continuously updated picture of what they need to know remains our essential mission and one I’m honored to help guide.”