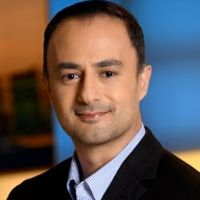 He joins the station from ABC’s KTRK Houston, where he was VP of news and assistant news director before that. While in Houston, he navigated the newsroom through major events such as the most recent 2021 unprecedented ice freeze, the COVID-19 pandemic — leading the team to move to a remote-only work environment — and historical disasters such as Hurricane Harvey, where he led the team providing 24/7 news coverage across all KTRK’s platforms for numerous days.

Chad Matthews, WABC president and general manager, to whom Aslam will report, said: “Rehan is a proven news executive with an impressive record of leading and modernizing news teams across multiple platforms at a time when the industry is changing at an extraordinary pace. I have worked with Rehan in the past, and I’m confident he will continue to elevate Eyewitness News, deliver the highest quality in local news, and be committed to our inclusive and diverse culture.”

Aslam said: “I remember the day I started my career in television and the dream I had to work in New York City one day. When the opportunity became available to work at WABC, a station I admire tremendously, that dream became a reality. I am elated and humbled. It is a complete honor to lead the Eyewitness News team at the No. 1 station in the country as we continue to tell stories in an innovative way that is both solutions-driven and critical to the tri-state communities we serve. We will continue to modernize and exceed the expectations of our audiences. It has truly been a privilege to work with KTRK these past six-plus years. I will miss them, and Houston will always be in my heart.”

Aslam began his broadcasting career in 2001 at WEWS Cleveland, Ohio. His previous professional stints include producing the news at WJW Cleveland, becoming an executive producer at WFLD Chicago, and moving to Houston in 2014 to join ABC-owned KTRK as assistant news director.

Aslam is a founding member of ABC Owned Television Stations’ Houston Belong Committee, a group that focuses on diversity and inclusion at the workplace. He says he is a proud South Asian/Pakistani American journalist passionate about diverse representation in a news department and believes that representation matters and increases awareness and understanding in the diverse communities that news stations serve.

Rehan is a 2009 Peabody Award Winner for his work on “The Derrion Albert Beating” story. He is also the recipient of the 2019-2020 Houston Media Alliance News Director of the Year award.

Rehan is a native Northwestern Pennsylvanian and received a bachelor’s degree in media communications at the University of Pittsburgh.