Hearst Television’s Emerson Coleman: “We have all benefited from Lew’s pioneering work. We are thankful for what he has given us today and for all the ways that he has already contributed to the next generation.”
By Emerson Coleman | June 17, 2019 | 6:21 a.m. ET. 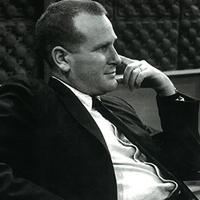 It is impossible to truly understand the history of broadcasting without appreciating the life of Lew Klein [who died June 12]. His remarkable life was a roadmap through the earliest days of television, from Romper Room and Dick Clark’s American Bandstand to Gateway Communications and NATPE. Lew was a producer, director, station group owner, professor and mentor to countless students, teachers and programmers. I was very proud to call him a friend.

Lew will forever be tied to both the University of Pennsylvania and the Annenberg family as well as Temple University, in the city he loved so dearly, Philadelphia. Lew taught at Temple for more than six decades. Today there is a Lew Klein Hall at Temple, and in 2017, the University named its school of communications, the Klein College of Media and Communications in his honor.

Lew was a founding father of NATPE, and he created and oversaw the NATPE Educational Foundation. One of the highlights of the organization’s annual conference is the series of closed-door sessions that take place before the doors officially open, when industry leaders address communications professors from across the country. It was Lew’s way of helping educators realize that what was printed in textbooks didn’t necessarily reflect the way things really worked.

A number of years ago I was scheduled to present Lew with a special award at NATPE in Las Vegas. He was unable to attend the ceremony due to medical reasons, but his wife Janet, just as impressive as her husband, accepted on Lew’s behalf. I showed up with a carefully written and rehearsed introduction before Janet stepped to the podium without the need for notes, and shared, from the heart, the most moving and memorable description of Lew’s lifework.

Lew influenced and inspired a long list of people at all levels of the business. If you ever had the privilege to speak with him for five minutes, you knew that he was a giant of a man. Not because of his physical stature, but his grace, his modest character his intellectual comprehension, his judgment and his determination. All gifts that he used to bring a human dimension to a competitive and sometimes confounding media business.

We have all benefited from Lew’s pioneering work. We are thankful for what he has given us today and for all the ways that he has already contributed to the next generation.

Emerson Coleman has been senior vice president, programming, for Hearst Television since 2018. Among a number of board responsibilities, Coleman serves on the executive committee of NATPE and the advisory board of the Peabody Awards. He is a graduate of Brown University and the University of Pennsylvania’s Annenberg School of Communications.