Tom Zappala will be responsible for developing and executing programming strategy for the new Scripps networks. He will report to Jonathan Katz, chief operating officer and head of entertainment for Scripps networks.
By Mark K. Miller | January 11, 2021 | 1:07 p.m. ET. 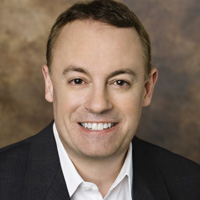 In this new role, Zappala will be responsible for developing and executing programming strategy for the new Scripps networks. He will report to Jonathan Katz, chief operating officer and head of entertainment for Scripps networks.

Before joining Disney, Zappala held a variety of leadership roles at CBS. As senior vice president, programming, he directed all programming and research operations for CBS’ owned-and-operated TV stations.

“Tom is one of the most versatile and creative programmers in the media business today, on any platform,” Katz said. “His breadth of experience makes him exceptionally qualified to lead our programming efforts as we bring our national networks businesses together. I’ve always envied the companies that were lucky enough to leverage Tom’s talents, and now I’m thrilled that he’s part of our team.”

Zappala earned his bachelor’s degree in communications from the University of New Hampshire and is based in Los Angeles.