Television Station Owners On The Bread Line: Not A Good Look

The Local Journalism Sustainability Act, which if passed would see the federal government subsidizing the hiring of local reporters and newsroom employees via tax credits, is a troubling and ill-advised giveaway to commercial TV broadcasters.
By Harry A. Jessell | November 15, 2021 | 5:30 a.m. ET. 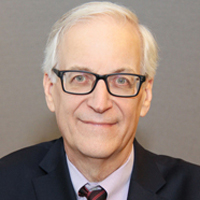 When the federal government starts throwing around trillions of dollars, I am not surprised that a lot of folks scramble for a piece of the action. I am surprised, however, that TV broadcasters are among them.

They, along with newspaper and local digital publishers, are imploring the feds to subsidize their hiring of local reporters and other newsroom employees via tax credits.

The ask comes in the form of the Local Journalism Sustainability Act, the bill championed by Sen. Maria Cantwell (D-Wash.) that contains the credits. It looks as if it will be attached to Biden’s $1.75-trillion Build Back Better social spending package, which right now seems to have a better than even chance of passage.

The proposal is being trumpeted by the NAB, RTDNA, the newspaper lobbies and the newsroom unions.

In a short video aimed at encouraging members to lobby for the measure, NAB’s Shawn Donilon estimated that a newsroom of 50 employees making $50,000 each would save $4.25 million over five years. That’s serious money.

So serious, in fact, that, after doing the arithmetic, somebody amended the latest version of the measure to cap the number of employees eligible for the credit at 1,500 per company.

The Associated Press says the credits would cost the treasury $1.67 billion over five years, but that sounds low to me, given that there are still tens of thousands working in broadcasting and newspaper newsrooms. (RTDNA/Syracuse pegs broadcast newsroom employment at 27,000 and Pew Research Center says 38,000 still work at papers.)

I can see some merit in providing credits to newspapers, which have suffered severe job losses over the last 15 years, although it pains me to think that investment firms like Alden Global Capital that are milking newspapers dry would be among the beneficiaries.

I can also see how the credits would encourage radio stations to maintain creditable local news operations. That’s particularly important in small markets. And the local digital startups need all the help they can get in filling the void created by the shuttering of newspapers.

But, sorry, as a taxpayer I am appalled by the giveaway to commercial TV broadcasters. For 70 years, they have generated untold wealth for themselves and they are still making money by the bucket full.

Let’s look again at Nexstar. For the third quarter, it reported adjusted EBITDA of $410 million — a 36% margin. As of this writing, its stock is flying higher than ever at nearly $170.

Nexstar also reported that it had spent $144 million to keep the stock flying by buying back nearly a million shares in the quarter. For that money, the company could have hired an additional 2,880 reporters at $50,000 per.

Does such a company need a tax break? Give me a break.

(I hate to single out Nexstar, but, hey, that’s what happens when you’re the biggest. To be fair, I should note that if the Biden package goes forward as is some big corporations like Nexstar will get hit with new taxes, including a 1% tax on stock buybacks.)

And here’s the other thing.

As a First Amendment guy, it’s not smart for commercial broadcasters to accept monetary benefits from the government. With newspapers in their dotage and local digital still in its infancy, it is falling increasingly to local TV stations and their networks to be the principal check on government and irresponsible, overbearing corporations.

Like Hearst TV chief Jordan Wertlieb said last week in picking up an award from the Library of American Broadcasting Foundation, broadcasting is the “immune system of democracy.”

In the heightened role, broadcasters cannot put themselves in a position where they may suffer financial consequences for their reporting or criticism of the government. They should be as independent of government control as possible.

It has taken broadcasters 100 years to mitigate the threat of license revocation that Democrats and Republicans have wielded over the years to keep them in line. Let’s not hand the pols another club to wave.

The pending legislation has other provisions. One would provide tax credits to consumers (up to $250 a year for five years) to cover subscriptions to local commercial news outlets or donations to nonprofits ones. Another would provide up to $15,000 in credits over five years to small businesses for advertising placed with local media.

These are commonsensical ways of helping local media. They reward consumers and small businesses for their support of local media, while maintaining a buffer between government and the media.

And as I said, I can see journalism subsidies for the dwindling number of news producing radio stations and struggling newspapers and digital operations. But certainly not for the likes of Disney, ViacomCBS, Comcast, Fox, Nexstar, Sinclair, Gray, Tegna, Scripps, Hearst, Graham Media and Univision.

Going on the federal dole does them no credit.

Harry, I agree with your thoughts completely. These companies have no need for government handouts. If they are not bringing in enough to cover the expense of the 11 PM news they are doing something wrong. I can see where the small mom and pop small market station has trouble but being on the dole isn’t the answer. When you get into the TV or radio business your eyes are open. If you can’t make it work you have no place. And certainly the likes of Nexstar and the O&O’s aren’t needing a handout. And to quote a wise old man…”he who has the gold makes the rules” (the Golden Rule). This plan would put the government in the news business and that’s VERY bad.

So the Government wants to now pay the reporters to objectively cover what they do? Does anyone see a problem with this? Does anyone actually believe they would be “objective”? Yes, newspapers and radio stations may need help. Maybe we need a 501-C type of charity that would impartially disperse funds based on need? NAB and other broadcast organizations could fund it. My responses are off the cuff and I know doing this is not a simple fix or magic pill, but anything has to be better than Government money and ties to a press that needs to remain free of such control or influence.

I wholeheartedly agree. A free and independent press is integral to our democracy and our first defense against tyranny. Great article.

While I’m a cheerleader for local news, considering the number of hours local news has expanded over the years, I can’t see that stations need more incentive to put even more of the same on.

With so much news content, do viewers truly need even more? And isn’t that who’s funding this initiative, the viewers?

jessell helped my studentsi at University of North Alabama for five years. He is an uncommon editor with savy.

I agree wholeheartedly with you, Harry and must respectfully disagree with my colleagues at RTDNA. Tax credits yo help pay for local reporters is just a bad idea–period. We have a strong history of resisting government involvement and interference in American media and this effort, if successful, is a step down a path I don’t think we should go. Such government subsidies are hardly necessary–especially in television–and I believe such a move would set a dangerous precedent. I hope this provision is excised quickly and permanently from the BBB legislation.