The Hearst Cincinnati NBC affiliate’s director of engineering has been chosen as one of TVNewsCheck’s 2019 Technology Women to Watch and will be honored during the NAB Show on April 9 in Las Vegas.
By TVN Staff | January 30, 2019 | 7:24 a.m. ET. 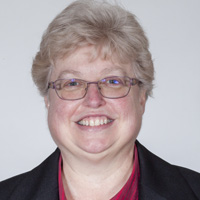 TVNewsCheck will present one of its 2019 Technology Women to Watch Award to Deb Grivois, director of engineering for Hearst Television’s NBC affiliate WLWT in Cincinnati, Ohio.

Grivois began attracting attention after implementing a new satellite studio for WCMH Columbus, Ohio. She later guided the digital build-out of three NBC owned-and-operated stations and at Hearst Television, she has led an effort to make FCC compliance rules easy and accessible for employees.

“Deb Grivois is not just an accomplished technologist. She is also a strong organizational leader who is able to rally a team and lead it to completing challenging projects,” said TVNewsCheck Co-founder and Publisher Kathy Haley. “She is an excellent representative of the values celebrated by the Technology Women to Watch Award.”

She received a bachelor’s degree in broadcast journalism from The Ohio State University and an AAS in electronic engineering from the Columbus Technical Institute.

The award will be presented during the NAB Show on April 9 at 6 p.m. in the Las Vegas Convention Center. At the same ceremony and reception, TVNewsCheck will present a new Women in Technology Futurist Award and its highest honor, the Women in Technology Leadership Award, which this year goes to Tish Graham, VP of broadcast technology at ABC Owned Stations.