How Will Sports Production Look In A Post-COVID World?

As media looks forward to a post-pandemic new normal, sports will lead the way in advancing remote workflows. TVNewsCheck will pinpoint what the most important and impactful among them will be in Sports Production in a Changed World, a webinar scheduled for March 11 at 1 p.m. ET.

The webinar will address how technologists and vendors are progressing on eliminating latency from key parts of the distributed production process. Executives will share advances they see coming online in 2021-22 to bring more efficiencies and viewer engagement to sports production.

“Sports producers and technologists and the companies they work for develop strategies that often resonate throughout the industry,” said Kathy Haley, co-founder and publisher of TVNewsCheck. “We are extremely pleased to be able to advance the industry conversation on the changing world of sports production with this Working Lunch Webinar.” 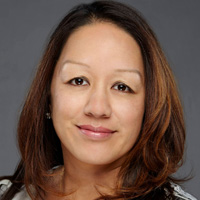 Boyd is responsible for the oversight of all live event production as it relates to MLB, CFB and the World Cup and is involved in various other facets of production within Fox Sports. Boyd works extensively with Fox Sports 1, a national 24/7 cable sports network.

Boyd started with Fox as a broadcast associate in 2000, working primarily on MLB coverage. She has worked at various production positions on NFL, MLB, CFB and NASCAR throughout the years. She was named coordinating producer of MLB in 2010 and was elevated to vice president in 2012. Boyd also spent time as the coordinating producer for Fox Sports Digital Entertainment and oversaw production of original online programming that aired under the umbrella banner “Lunch – w/Benefits” in 2009 and 2010. 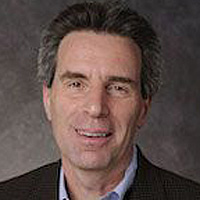 Coppa began his career at CBS in 1982, where he held several roles at CBS Engineering. He joined the CBS Advanced Technology group in the early 1990s as director of engineering and advance technology, where he led the deployment of HDTV at CBS while also managing the CBS Engineering Laboratory. Coppa is a SMPTE Fellow and an active participant in industry standards groups. 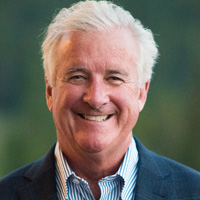 Game Creek Video also provides pool production facilities for CNN, ABC News, CBS News and NBC News for virtually all the presidential debates, the State of The Union and this year’s presidential inauguration.

Sullivan is responsible for all strategic planning and corporate sales for Game Creek. He was inducted into the Sports Broadcasting Hall of Fame in 2015 and was named the New Hampshire High Tech Council’s Entrepreneur of the Year in 2016. 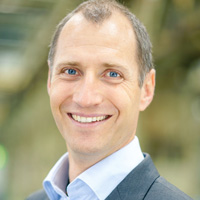 Remo Ziegler, SVP, product management, Vizrt, is responsible for the company-wide sports segment and product strategy. He came to Vizrt from LiberoVision AG, a Zurich, Switzerland-based start-up company which was acquired by Vizrt in 2010. While at LiberoVision Ziegler’s main focus was on R&D as head of research. Ziegler has also held the position of interim European director of sales.

He has contributed numerous innovations to the broadcasting industry, and he’s constantly leveraging his knowledge gained from different computer graphics and computer vision research labs from around the world. 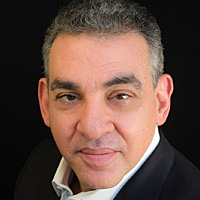 Jerry Gepner, COO, CP Communications, a 2019 inductee to the Sports Broadcasting Hall of Fame, is an experienced business leader and technologist. He is the recipient of five Emmy Awards and is a named inventor on a dozen patents in the fields of virtual imaging and audio technology.

Following an early career with CBS Sports and Fox Sports, he went on to co-found and serve as COO of Sportvision Inc., the Silicon Valley company that was responsible for the creation of products that are now ubiquitous in sports television; the virtual first down line used in American football, the GPS-based auto tracking and data system for NASCAR and various other products for baseball, basketball and golf telecasts.

His experience with broadcast technology and familiarity with the venture and private equity community enabled him to serve as president of North Americas largest OB facilities provider. During his tenure, he guided the company through the HD transition and in the creation of new services and technologies for their many network clients. Gepner joined The Vitec Group, a publicly held broadcast, live-event and photographic conglomerate in 2005. As chief technology officer he was responsible for technology strategy and incorporation of those technologies in new products across all of the Group companies.

Appointed CEO for the New York-based Tekserve Corp. in January 2014, he created and implemented growth strategies that saw the 30-year-old consumer electronics retailer transformed into a large and growing B2B specialist VAR. The new company launched in 2015 and quickly became one of the most well respected and experienced post production, workflow, network and storage solutions designers in the media technology space.

In his current role as chief operating officer of CP Communications, a specialist in streaming acquisition, wireless and audio technologies, Gepner is responsible for overall company operations and for developing new services designed to move the company towards streaming solutions for the broader content creation marketplace.