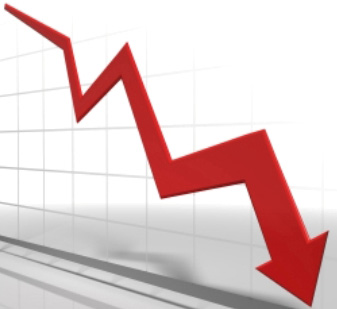 Total spot revenue dropped by double digits last year; the decline in political money and lack of Olympics were primary culprits. Discounting political, core business grew just 1.6%, according to Matrix Solutions. Automotive, TV broadcasting's No. 1 ad category, led core growth, but trended down during the year and grew 6.4% over 2012. In the fourth quarter of 2013, it rose just 2.9% over the previous year. Among the downers for the year was the key restaurant category, it fell 7.1%.

Without the heavy political and Olympics-related advertising of 2012 and softer-than-expected sales in perennial categories like healthcare and restaurants, spot TV revenue sank 11.6% in 2013, according to Matrix Solutions. Core business, which factors out political, was up a paltry 1.6% over 2012.

The six most important core categories are automotive; healthcare; restaurants; furniture; financial, insurance and real estate; and leisure and entertainment. “Three of those six — auto, financial and leisure — were positive,” he said.

Cavanaugh also pointed out that broadcasters have created a second revenue stream for themselves by collecting retransmission consent fees from cable and satellite operators. “So I am sure this business is much healthier than just their regular spot business sales shows.”

Matrix is a Pittsburgh-based supplier of customer relations and sales management software. Its quarterly local TV sales report, exclusive to TVNewsCheck, is based on sales data from more than 400 client TV stations. It includes revenue from station-specific websites and digital subchannels.

The Matrix numbers have to be a disappointment to many broadcasters.

In the late summer of 2012, TVNewsCheck surveyed leading station groups and industry analysts and reported that they expected core growth of 4% in 2013, while overall sales fell 7% because of drop off in political spending.

In the Matrix accounting, automotive, TV broadcasting’s No. 1 ad category, led core growth, but trended down during the year and grew 6.4% over 2012. In the fourth quarter of 2013, it rose just 2.9% over the previous year.

Within the auto category, the big negative was the nearly 12% decline in spending by auto manufacturers (Tier 1). But it was more than offset by spending by the dealer associations (Tier 2) and local dealers (Tier 3). They were up 9.7% and 14.9%, respectively, for the year.

The manufacturers are “reallocating some of that money away from corporate spending to some of the dealer associations and giving individual dealers more money to spend as well,” Cavanaugh said.

Health care is the category to watch, Cavanaugh said. Although it was down 4.2% for the year, it jumped 14% in the fourth quarter. “Who knows what’s going to happen with the Affordable Care Act and everything else, but that spike in fourth quarter got my attention, and it could be that we’re going to see more health care spending in 2014.”

The growth in the furniture and financial/insurance/real estate categories is probably linked to the recovery of the housing market, Cavanaugh said. “The positive movement in the real estate sector is having a domino effect on a category like furniture, where people are either getting out from … some of the trouble they’re having with their mortgages.”

The key restaurant category was up down 7.1% for the year with its two subcategories moving in different directions. While casual dining soared 79.3%, quick service restaurants plummeted 25.1%. Cavanaugh cautioned not to put too much weight on the subcategories’ percentages, pointing out that clients are not uniform in their reporting. One may put McDonalds in QSR; another, in casual dining.

Great info…wish I had that when I was a GSM.