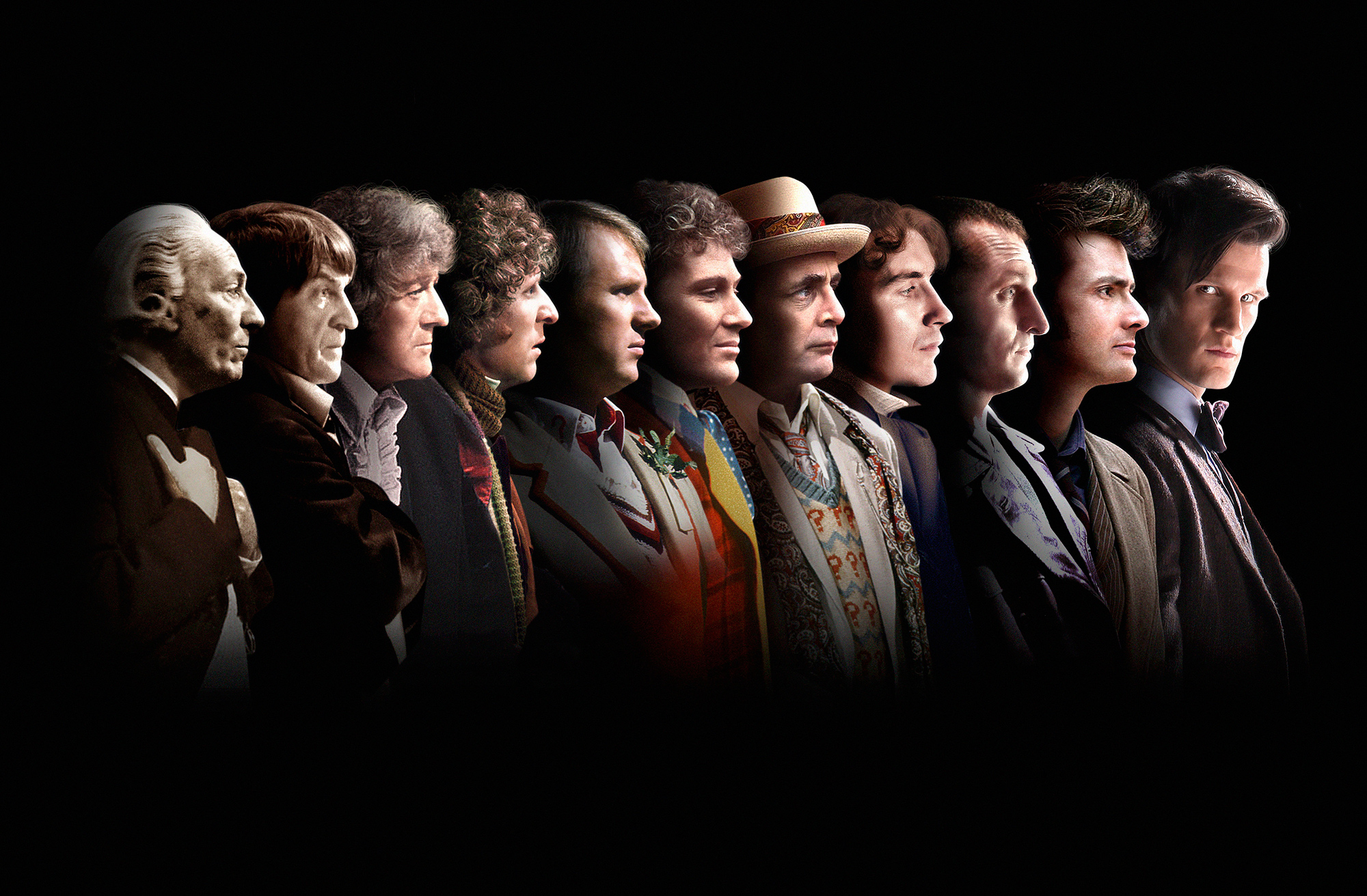 The BBC is throwing a broadcasting blowout for the sci-fi show, which began with little fanfare and few expectations on Nov. 23, 1963, but is now one of its biggest hits and major exports. A 75-minute anniversary episode will be shown simultaneously Saturday in almost 80 countries, and there are 3-D screenings in movie theaters around the world.

LONDON (AP) — “Doctor Who” is turning 50. So what do you get a time-traveling, galaxy-hopping hero who has everything?

Plenty of new space on the airwaves.

The BBC is throwing a broadcasting blowout for the sci-fi show, which began with little fanfare and few expectations on Nov. 23, 1963, but is now one of its biggest hits and major exports.

A 75-minute anniversary episode will be shown simultaneously Saturday in almost 80 countries, and there are 3-D screenings in movie theaters around the world.

The anniversary week features hours of supporting programs, online teasers and mini-episodes, and a “Doctor Who” festival at a London conference center. And then there’s “An Adventure in Space and Time,” a 90-minute drama about the origins of the show, which will be broadcast in Britain on Thursday and on BBC America on Friday.

“An Adventure in Space and Time” recounts how a group of inexperienced program-makers “set out to create a bit of teatime telly and instead created magic,” scriptwriter Mark Gatiss said at a preview screening.

“Doctor Who” even has royal approval – Britain’s royal family threw a Buckingham Palace reception this week for its stars and creators.

The hoopla contrasts sharply with the BBC’s initially careless attitude to the show. “Doctor Who” has had as many narrow escapes as its hero, a charismatic Time Lord from the planet Gallifrey who travels the universe in the Tardis, a time-and-space machine shaped like a blue British police phone box that is bigger on the inside than it looks.

The Doctor – he’s always called the Doctor; the “Who” of the title is an existential question – has been played by 11 actors in six decades. He’s had dozens of travelling companions and saved the world countless times. He has visited ancient Rome and the Stone Age, distant galaxies and the end of time. He has battled robotic Cybermen, rampaging Yeti and – repeatedly – the Daleks, those pepperpot-shaped metal aggressors whose favorite word is “Exterminate!”

Yet the show almost never happened.

The pilot was a disaster and had to be reshot. The first episode was broadcast, inauspiciously, a day after John F. Kennedy’s assassination. The show was almost cancelled after four episodes. Higher-ups at the BBC hated the Daleks.

“From the beginning it had a lot of enemies, people who thought it was stupid, too expensive, too much of a demand on the (BBC) drama department,” said cultural historian and “Doctor Who” fan Matthew Sweet. “Lots of people wanted it to fail.”

Scores of early episodes were lost because the BBC wiped the tapes for re-use. Nine “lost” episodes were recently found in a storeroom in Nigeria, but about 100 remain missing.

Over the years there were sometimes shaky production values and variable-quality scripts. There was also a 16-year gap starting in 1989 when “Doctor Who” was not on TV screens at all, save for a one-off TV movie in 1996.

But the fans never forgot, even during the lean years, and when the show was revived in 2005 it was an immediate hit.

“It sort of spread like a virus,” Sweet said. “It’s the kind of show that plants seeds in people. It just sort of gets hold of you in a funny sort of way.”

Today, “Doctor Who” is an institution that draws intense loyalty from millions of fans around the world. Generations of British children grew up on it. Hordes of American teens and adults have recently discovered it.

One of the secrets of its longevity is that The Doctor can regenerate into a new body when the old one wears out, so the show can outlive any individual star.

A character who began as a crotchety older man (William Hartnell) is currently a cheery young charmer in a bow tie played by 31-year-old Matt Smith. A 12th Doctor, played by Scottish actor Peter Capaldi, is due to make his entrance in a Christmas Day episode.

The anniversary episode, “The Day of the Doctor” was written by Steven Moffat, who has been the show’s executive producer since 2009. It promises fans the rare chance to see multiple Doctors onscreen at the same time. Smith teams up with his predecessor David Tennant, while John Hurt plays a hitherto unknown, darker incarnation of the character.

The concept of regeneration happened almost by accident. Poor health forced Hartnell to retire in 1966. But by then the TV show was a hit and the BBC had to think up a way to continue without him.

“There is an alternate universe in which he was well and ‘Doctor Who’ ran for about five years,” said Gatiss, who has written for “Doctor Who.” “The extraordinary thing was, by dint of (Hartnell’s) illness, change is inbuilt into the structure of the program.”

Sweet said that flexibility is balanced by an unwaveringly upbeat message which has helped “Doctor Who” endure through changing times and multiple stars.

“If it has a message, it’s ‘Don’t judge people by appearances, don’t tolerate oppression, be skeptical, value life and don’t let the bullies win,'” he said.