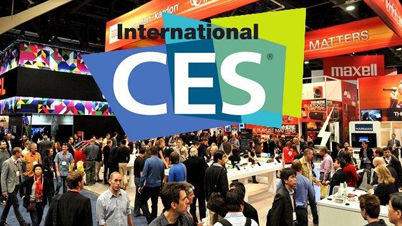 The annual Consumer Electronics Show will showcase game-changing television technologies that have taken TV from a once linear, appointment-based medium into an anything, anywhere, on-any-device reality. Whether they are viewed as challenges that pose an existential threat to over-the-air television or as trail markers along the path to what can be the future of OTA television will largely be a matter of perspective.

Challenges and opportunities — opposite sides of same coin — sum up the television technologies broadcasters will encounter at the 2016 International Consumer Electronics Show, Jan. 5-9, in Las Vegas.

Over-the-top, multiplatform, connected TVs, mobile TV, TV Everywhere — the list of buzzwords describing the technologies that promise to dominate TV focus at CES goes on and on.

But whether they are viewed as challenges that pose an existential threat to over-the-air television or as trail markers along the path to what can be the future of OTA television will largely be a matter of perspective.

Do they hint at the opportunities that await broadcasters willing to embrace a 21st century over-the-air TV service equally adept at delivering the highest quality video and audio with interactivity as it is in offering mobile TV and IP data?

Or, are they simply the latest in a long line of technological innovations that have passed television broadcasting by as the industry remained locked into a digital TV standard and technologies that long ago matured?

The answer ultimately lies as much in the way broadcasters perceive who they are and what they wish to be as it does in the television technology to be shown at CES.

The centerpiece of a vibrant future for over-the-air television is the next-generation ATSC 3.0 standard, and in both the Samsung and LG Electronics booths at CES broadcasters will be able to see off-air reception of 4K, high dynamic range video made possible by the next-generation TV standard and new 4K TVs from both vendors, according to Anne Schelle, executive director of the Pearl TV consortium, who spoke this week at TVNewsCheck’s NewsTECHForum in New York City.

In the Samsung booth, the company will demo reception and display of ATSC 3.0 4K television transmitted over the air from Sinclair Broadcast Group’s transmitter site on Black Mountain, about 15 miles from Las Vegas.

Similarly, LG will show 4K reception of ATSC 3.0 signals broadcast from a TV antenna atop the Las Vegas Convention Center.

Other ATSC 3.0 functions will be shown on an invitation-only basis in private suites around Las Vegas, according to an industry insider.

It is those other functions, such as wireless IP data delivery, mobile TV support and Internet connectivity that turn ATSC 3.0 TVs and other devices into two-way platforms that make it possible for TV broadcasters to compete with wireless providers and even cozy up to OTT service providers.

For example, during her NewsTECHForum speech, Schelle said the next-generation TV standard will one day make it possible for broadcasters to offer OTT providers a “last-mile” alternative to the traditional Internet for delivery of content from local CDN servers to the home.

Against the backdrop of new ATSC 3.0-related capabilities, the heavy emphasis on OTT, multiscreen and connected TVs in the CES conference lineup can easily be viewed from the perspective of opportunity rather than as industry-threatening challenges.

Other CES sessions promise to whet the appetites of broadcasters eager to learn about new revenue opportunities made possible by next-generation TV broadcasting.

For example, “Social Entertainment: Programming, Media and Advertising,” Jan. 5, will examine the hook-up of TV, multiplatform and social media as well as the revenue opportunities that makes possible; “Future of TV: From Primetime to Multi-Platform,” Jan. 6, will examine how media, advertising and tech companies will compete for eyeballs across platforms; “Video Anytime Anywhere: Understanding the Value Proposition,” Jan. 6, will tackle the evolving commerce strategies being developed to take advantage of the convergence of television, the Internet and mobile; “The Disruption of Internet TV Programming,” Jan. 7, will examine the implications of OTT services breaking traditional cable programming bundles; and “If It Looks and Sounds Like TV … Is It TV?” Jan. 7, will explore what happens to the billions of dollars in advertising when television expands beyond the linear model.

CES conference sessions also will take the deep dive on technologies that will encourage consumers to buy into next-generation TV broadcasting. They include: “The State of Displays: What to Expect for 2016,” Jan. 5, “Completing the HDR [High Dynamic Range] Viewing Experience,” Jan. 7; “What’s Next for 4K Ultra HD?” Jan. 7; and “New TV Technology More Than Pixels,” Jan. 8.

(The full calendar of CES conference sessions, including times and places, is available here.)

(The full list of CES keynoters with information on times and places is available here.)

The National Academy of Television Arts and Sciences, for the 10th straight year, will honor the technological leaders — both companies and individuals — whose innovation affects how audiences view television its Technology and Engineering Emmy Awards during CES.

The awards will be presented at the Bellagio Grand Ballroom in the Bellagio Hotel on Jan. 8. (The full list of 2015 Tech and Engineering Emmy Award recipients is available here.)

From a broadcaster perspective, CES traditionally has been viewed as a receiver show. The big chance to evaluate where TV production and transmission technology is headed comes months later at the NAB Show.

However, these days are far from business as usual in the television industry. The Internet and wireless technology have fueled what’s being called disruptive technologies, such as OTT and mobile. CES is where these technologies go to capture the imagination of the public.

But these disruptions don’t necessarily spell doom for traditional over-the-air television broadcasting. Viewing these disruptors through the prism of opportunity and fortified with a next-generation television standard, TV broadcasters may one day soon be disrupting this year’s roster of disruptors at CES.

To stay up to date on all things tech, follow Phil Kurz on TVNewsCheck’s Playout tech blog here. And follow him on Twitter:@TVplayout.