How To Move More Bits Through TV Channels 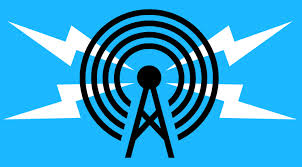 Two spectral efficiency experts, Pablo Angueira in Spain and Frank Herrmann in Germany, told an IBC audience how their work in layer division multiplexing and MIMO antenna technology should make it possible to move more TV and other data through a TV signal — a priority for ATSC 3.0.

Recognizing that demands on spectrum are only going to increase, two spectrum efficiency experts at IBC 2014 — one Spanish and one German — discussed new technologies for transmitting more bits through any given sliver of TV spectrum.

Pablo Angueira, a professor at the University of the Basque Country in Spain, presented work on layer division multiplexing, LDM, a hierarchical spectrum re-use technique based on cloud transmission that could be used for the physical layer in the next-generation ATSC 3.0 broadcast standard.

And Frank Herrmann, project leader, at Panasonic in Germany, talked about multiple input-multiple output, MIMO, antenna technology that promises to boost the data-carrying capacity of a channel by leveraging multiplexing and antenna diversity.

While each is separate and distinct, they are not mutually exclusive, says Rich Chernock, chief science officer of Triveni Digital and chairman of TG3, the technology group working on ATSC 3.0. “I think they are sort of orthogonal” — independent of one another and could be used together to put more data through a channel, Chernock said.

His LDM technology draws on an article that appeared two years ago in the IEEE Transactions of Broadcasting, “Cloud Transmission: A New Spectrum-Reuse Friendly Digital Terrestrial Broadcasting Transmission System,”

LDM uses “spectrum overlay technology to transmit multiple data streams in one RF channel,” Angueira said during his IBC presentation. Each layer has a different robustness and data capacity to support the reception requirements of different types of services, such as mobile and fixed.

Angueira compared LDM to a double-decker bus, saying that layering allows more data to be carried in the same UHF channel just as the stacked bus makes it possible to carry more passengers in the same footprint as a single-deck bus. Multiple layers are possible to provide for future growth with backwards compatibility, he said.

Key to LDM is how robust — impervious to co-channel interference — the receiver is. The authors of the IEEE cloud transmission article say it is best to have a “very low” signal-to-noise ratio of “-2 to -3dB.”

However, this level of robustness comes with a cost: relatively low data throughput -in the area of 2.4 to 3Mb/s, the paper says.

While this would seem to run contrary to the goal of maximizing data throughput, the authors say increasing the amount of data broadcast is easily achieved by transmitting two LDM signals from the same tower and antenna.

Signal cancellation would come into play, for instance, when a home TV receives the robust upper layer, cancels it from the received signal and begins decoding the lower layer signal for its own use, said Angueira.

He added that a field test has been conducted in Bilbaq, Spain, using a DVB-T2 software-defined radio, and that an LDM receiver supporting an ATSC 3.0 layer is in process.

Herrmann’s presentation on MIMO attacked the problem of increasing data throughput from a different angle. “Multiple antennas exploit the spatial domain,” he said, and “increase data rate without bandwidth expansion.”

Using a 2×2 MIMO setup yields an 80% gain in channel capacity, Herrmann said, noting that such gains through diversity rely on using transmission paths that are independent from each other.

He added that the maximum data rate possible in a MIMO system is proportional to the smaller of the number of transmit and receive antennas.

“DVB-NGH [Next Generation Handheld] is the first broadcast system to apply pure MIMO,” he said, adding that there is the possibility to exploit MIMO as part of eSFN [single frequency networks] under discussion in ATSC.

Chernock said he was impressed by LDM and MIMO and that the ATSC 3.0 group working on the physical layer has both under consideration.

At a fundamental level, ATSC 3.0 is being designed so that every layer, including the physical layer, is extensible, which means that even if MIMO and LDM aren’t part of the initial standard they can be added later, he said.

Chernock also pointed out that the presentations were good examples of the international participation he has worked to promote in the development of ATSC 3.0.

According to Chernock, the greater the input from researchers, broadcasters, standards bodies and vendors from around the world, the better the chance that ATSC 3.0 may be able to serve as a framework for an international broadcasting standard that can stand the test of time.

Wow, a TV signal. Do people still use those anymore? I understand why mobile users need radio waves, but I thought homes got their signals over a cable or satellite receiver. Does this have something to do with 20th century antennas?

Right. Just like your smartphone, tablet, router and any other wireless device uses a “20th Century” antenna. In case you haven’t figured it out, Einstein, all wireless devices use an antenna of some type. That’s how they work. Sheesh!

I exclusively use an antenna. Cable is for suckers. I’d rather pay $8 a month for netflix and get to watch a broader array of stuff. IF HBO let you subscribe without having cable I’d maybe get that, but only maybe.

Rustbelt, are you really that fond of putting your ignorance on display? Over the air TV reception for home viewing is very much alive in the US, but does tend to be clumped in certain markets in the midwest, southwest, and west — places ranging from Minneapolis/Saint Paul to Boise, ID have over the air viewership rates of 20 to 30 percent. That’s very far from insignificant.

Apparently RB2 has not heard of cord cutting?

Dennis, having read this article, I think it’s time that members of Congress put a law in motion postponing the Incentive Auction until ATSC 3.0 has been rolled out and implemented. With this new technology, the government can get its spectrum but without damaging broadcast TV unlike what is currently on track to take place. I would like to see the NAB spearhead a legislative effort to delay the auction and repack until we broadcasters get the technology that will allow us to keep our channels and build them out. The current timeline that Wheeler and the FCC has put in place is clearly malicious to broadcasters.

I should say “put a bill in motion” instead of law (hopefully it would become law). That’s the problem with this comment feature, you can’t edit it.

Thanks for the feedback on the lack of ability to edit your comments. Will take this up with esteemed webmaster.