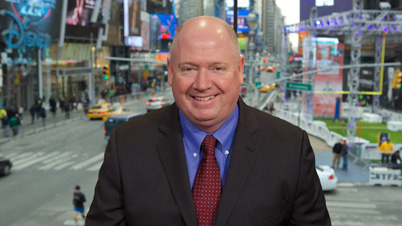 The station group is prepping for the rollout of five trial runs this month and next. The shows vary greatly — from locally produced fare to two shows being eyed for possible national syndication. Why all the action? According to Frank Cicha, SVP of programming (above): “There’s a lot of shelf space. I think it would be erroneous for us to sit back and think we can wait for syndication to save us.”

Of the five shows lined up for test runs this summer on various Fox-owned TV stations, KSAZ Phoenix (DMA 12) will be airing four of them.

And that’s just fine with Mark Rodman, the GM of KSAZ and the co-located MNT affiliate KUTP. “Whenever we’ve got one of these opportunities, I try my best to find room for it on our schedule,” Rodman told TVNewsCheck in a phone interview. “It seems that many of them do well here.”

Indeed, KSAZ has long been involved in the Fox station group’s testing of shows, dating at least as far back as the group’s test of The Real on seven stations in summer 2013. “We tested The Real here and that went on to get national clearances,” Rodman said. Based on The Real’s test and others, he said, “the company has come to the conclusion that a good test outing in Phoenix is a good indicator of a show’s potential.”

For the Fox group, this summer is emerging as a particularly active test season with five shows (and a possible sixth) all getting multi-week tryouts.

This past Monday (June 6), tests began on two of the shows — Top 30, a daily half-hour of fast-paced news aimed at millennials that’s getting a four-week test on eight Fox stations (including KSAZ), plus 11 Media General and two Sinclair stations; and The Jason Show, a talk and entertainment-news show produced by Fox-owned KMSP Minneapolis and getting a four-week test on four Fox stations, including KMSP and KSAZ.

Next month, starting on July 11, a four-week test will begin on six Fox stations — including KSAZ — of So-Me, another “fast-paced series for millennials covering “trending news topics.” That same day, a three-week test will start for The Preachers on an as-yet unspecified number of Fox-owned stations.

So-Me is a co-production of Fox Television Stations, Trifecta Entertainment and Popsugar. The higher-profile The Preachers — produced by The View co-creator Bill Geddie and featuring a panel of four ministers — is being produced by Telepictures and being eyed for national syndication by Warner Bros. Domestic Television Distribution. FTS is still lining up stations for The Preachers’ test, but WNYW New York, KTTV Los Angeles and KSAZ are already on board.

So why the flurry of testing this summer on the Fox O&Os? Frank Cicha, SVP, programming, says it’s all about filling the programming pipeline. With all of the stations Fox owns — including duopolies in many markets — plus the fact that the Fox network doesn’t provide any regular programming other than primetime to its affiliates, the Fox O&Os “have a lot more time to fill,” Cicha said. “There’s a lot of shelf space.”

Moreover, he said, the days of depending on national syndicators to fulfill all of a local station’s programming needs are over. “I think it would be erroneous for us to sit back and think we can wait for syndication to save us,” Cicha said. “If you look at last NATPE, there was what? One show?Harry Connick? The year before that there were two or three. … The syndication pipeline is, if not barren, certainly much less fruitful than it has been historically. So the idea of waiting around for somebody else to do it for us is probably not the best way to go.”

He emphasized that Fox still maintains positive relationships with national syndication partners. Among other shows, Fox is the lead group for Wendy Williams, TMZ Live, The Real (all of which underwent pre-launch tests on Fox-owned stations) and, starting next fall, the aforementioned Harry Connick show, titled Harry, syndicated by NBCUniversal Domestic Television Distribution. And just yesterday (June 9), the Fox station group renewed Dr. Oz through the 2018-19 season. The renewal was announced by Sony Pictures Television, which distributes the show.

“We have plenty of strong relationships with syndicators, but the pipeline is not what it once was,” Cicha said.

As for the bunching up of this summer’s tests in June and July, Cicha has a practical reason for this. He didn’t want to schedule any tests against the Summer Olympics, which run Aug. 5-Aug. 21 on multiple NBC platforms in all dayparts. “We wanted to avoid that if we could.”