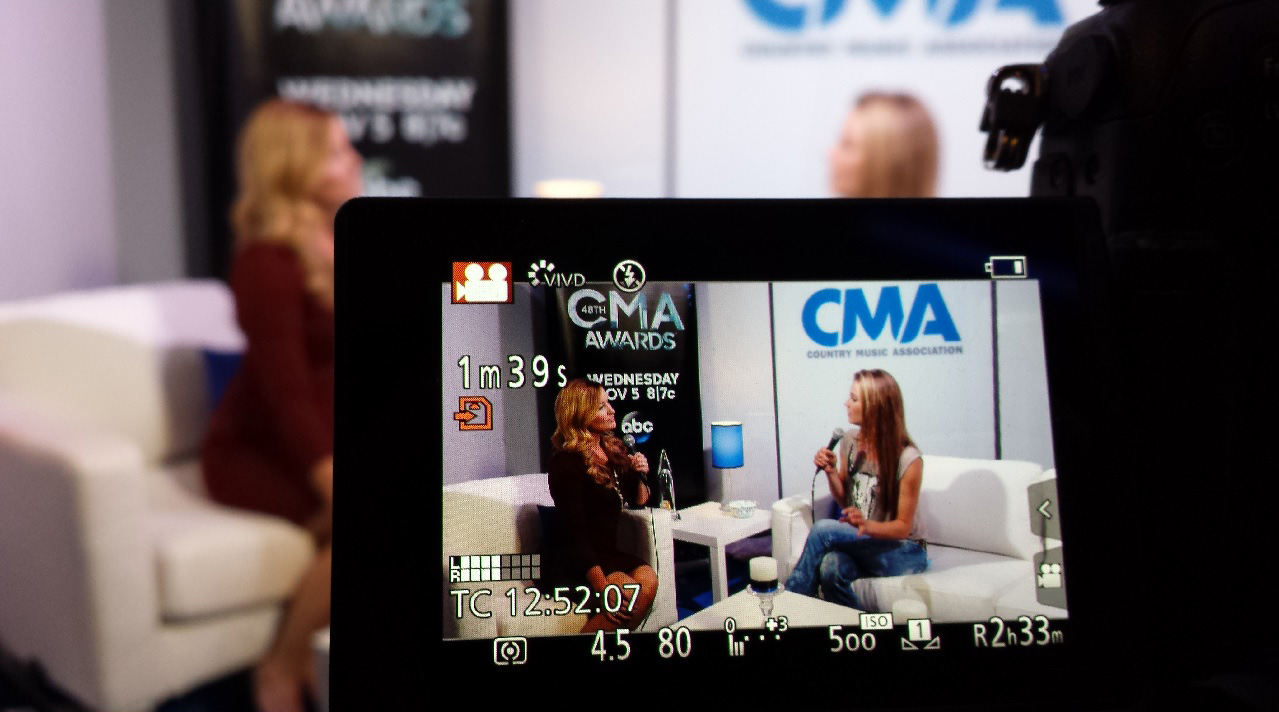 It has become apparent that IP technology — whether as an acquisition and transport method or a supplemental distribution path — has become an essential component of many live productions. While currently not an outright replacement for traditional baseband video contribution, production and distribution gear, IP is reshaping how live video is acquired and transported, switched and routed and ultimately distributed and consumed.

The online production, shot and switched from an OB truck owned and operated by Nashville-based TNDV: Television, is the latest example of how important the second-screen is becoming to broadcasters looking to attract viewers online.

“It was actually a series of four simultaneous streams that we sent out that allowed viewers to watch the live show itself, watch our live behind-the-scenes show or look in on any one of 14 different cameras we had throughout the venue,” said Nic Dugger, owner of TNDV: Television.

To get that content to the Web, the television network brought in its ABC Watch Cart, a series of primary and backup Web-streaming servers that travels from city to city to stream video online from different events. The proprietary technology — both hardware and software — that makes up the cart is responsible for encoding and transmitting streams to ABC’s own content delivery network for final distribution to second-screen viewers, Dugger said.

The cart is symbolic of how IP technology is expanding its reach throughout all aspects of live remote TV production.

While currently not an outright replacement for traditional baseband video contribution, production and distribution gear, IP is reshaping how live video is acquired and transported; switched and routed; and ultimately distributed and consumed.

Helping to advance IP as an alternative to traditional SDI baseband video are broadcasters and others looking to achieve greater savings, realize new production efficiencies and capture second-screen viewers.

“IP video technology has significantly lowered the barrier of entry for television and online media companies looking to produce live video content and distribute it to a mass audience,” said Paul Shen, CEO of TVU Networks, an early entrant into the IP video transport market.

“TVUPack has put the on-the-road aspect of production in the conversations we have with partners and clients,” said Susan Wrenn, CEO and managing partner of the Hollywood-based online media company.

“Before TVUPack, on the occasions we went out of the studio for a live shoot, it required a truck and a two-day setup. That’s draining and really not consistent with the dynamic, fun, quick turnaround shoots required in this emerging digital space,” Wrenn said.

Using TVU Networks IP-based contribution system has changed the equation, making possible live remotes, such as a recent three-hour live production of a movie premiere at the TCL Chinese Theatre in Hollywood.

Another player is Endless Potential Media Group (EPMG) of Ontario, Canada, which was responsible for live, remote production Oct. 19 of the Scotiabank Toronto Waterfront Marathon for live online streaming.

EPMG deployed eight Dejero LIVE+ 20/20 transmitters with video shooters on the backs of motorcycles to cover different runners as the marathon progressed. “I think the biggest thing when you are working with live race coverage or anything else with a lot of moving parts is our guys are moving with the pack and can’t be restricted by wires,” said EPMG Executive Producer Matt Hortobagyi. “To have the transmission broadcast wirelessly and pull it down in the studio is not only cost effective but it also improves the production.”

These sorts of developments shouldn’t be surprising, when the benefits of an IP-based video infrastructure are taken into account, said Shen. “Not only has IP significantly reduced transmission expenses, but more importantly, it is transforming TV operations….”

Toshiaki Kojima, an inventor who has been awarded multiple patents during his 34 years with Sony, has a vision for how IP can transform live video production — whether in a remote OB truck or in a studio — by replacing the traditional SDI baseband video routing switcher with an IP Switch Fabric, a combination of hardware and software to move data from IP network node to node using the right port.

During his presentation, “A Practical Approach to IP Live Production,” at last month’s Society of Motion Picture and Television Engineers annual conference and exhibition in Hollywood, Kojima laid out how developments, such as the IEEE 1588 Precision Time Protocol, which makes sub-microsecond-accurate time distribution possible, the SMPTE 2059 draft standard for AV signal synchronization and growing network bandwidth, will one day make IP live production a reality.

“I think production may be the last challenge for IP because it requires real-time operation with minimal latency, synchronous processing and video stream switching without picture interruption,” Kojima said during his presentation. But improvements in technology are overcoming these challenges.

When it comes to the technical requirements of an IP-based live production system, there should be no change to existing production operation practices, he said. The IP-based system also should use existing and emerging technical standards whenever possible and employ standard IT-technology, especially generic Ethernet switches, he said.

Kojima offered a few new concepts and recommendations to make a live IP production system possible, including the introduction of an AV network node that allows an IP Switch Fabric to identify and manage every data stream on the network. In essence, the node makes it possible for the IP Switch Fabric to perform a function analogous to a cross-point matrix switch in a traditional router.

Another was how the SDI data payload, including video, audio and metadata, could be mapped as discrete components onto the IP network. Kojima, who called the concept “Essence Independent Mapping,” said it would allow each separate component to be dealt with independently on the IP network.

Exactly when and how Kojima’s vision of IP live production will be implemented is unclear at this point. But what is apparent is that IP — whether as an acquisition and transport method or a supplemental distribution path — has become an essential component of many live productions.

Dugger, who provided the production services and facilities for ABC’s streaming coverage of the CMAs, says that over the past five years the request for streaming capability has grown every year.

“So much so, that of the six TV trucks we have on the road, we keep at least one streaming server on every vehicle,” he said. “Viewers want more options, especially on their mobile devices, and they expect traditional broadcast outlets to provide that.”