Back to TVNewsCheck Home Print this page
UPDATED 11:59 A.M. ET 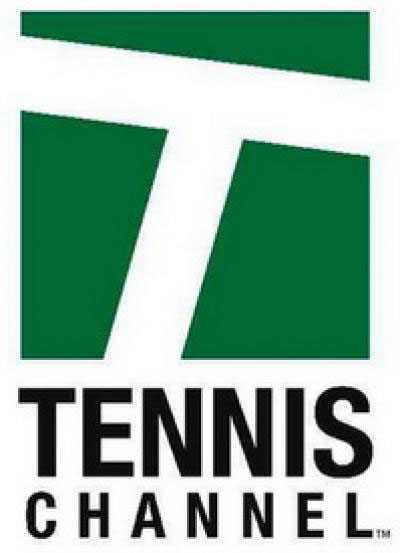 The purchase price is partially offset by the network's $200 million in net operating losses, which Sinclair will be able to carry forward to its taxes and save it around $65 million. Sinclair has lined up deals with MVPDs to increase the channel’s coverage from 30 million to 50 million homes. The channel’s CEO, Ken Solomon, is staying on.

Sinclair said that it has already signed distribution agreements with MVPDs that will stretch the network’s household reach from 30 million homes to 50 million.

Sinclair said the purchase price is partially offset by the network’s $200 million in net operating losses, which Sinclair will be able to carry forward to reduce its taxes and save it around $65 million.

The deal is subject to regulatory approval and is expected to close by the end of March.

“Tennis Channel is an established property with high-quality content and advertisers, and is vastly under-compensated and under-distributed relative to the value it brings to its viewers. It was the only independently-owned major sports network left, and we knew we could unlock value through a tuck-in acquisition,” said Sinclair CEO David Smith.

“The additional subscriber base, which has already been contracted, equates to the creation of approximately $200 million of incremental value at closing,” Smith added. “Furthermore, we expect this combination to create additional linear and OTT viewership and advertising growth, and we have the added benefit of the continued involvement of Ken Solomon, CEO of Tennis Channel, and a seasoned programming executive.”

Sinclair EVP Barry Faber added that “nothing is more valuable to video distributors than high-quality, live sports, and we expect the increased carriage of Tennis will be well-received by their subscribers.

“We also expect to leverage our broadcast platform to promote Tennis Channel, which we anticipate will result in increased viewership, further adding to the channel’s value in attracting and retaining subscribers,” Faber added.

Solomon called Sinclair the “perfect” partner. “The larger platform will immediately help develop incremental advertising and sponsorship business and puts us in a great position to enhance our already comprehensive rights portfolio domestically, as well as develop the brand internationally.

Wells Fargo analyst Marci Ryvicker was bullish on the news. “We REALLY like [Sinclair’s] continued investment in content,” she wrote. “We believe the company’s diversification into other types of TV networks via this cable deal, and its previously announced digital networks of American Sports Network and Comet are great strategic moves for continued financial growth.”

Ryvicker added after a Sinclair analysts call on the deal Thursday morning, that “the Tennis Channel works in conjunction with the big sports networks to divvy up rights; it also sub-licenses some of the big matches from ESPN — such as the Australian and US Opens. This is a cost effective way to compete in the space from a rights-fee perspective.

“Incremental benefit should come from a different channel placement — i.e., for some MVPDs, moving the Tennis Channel to digital basic from a sports tier.

“There is a lot of opportunity in the over the top (OTT) product TC Plus — Apple TV is a big supporter; and there is a good opportunity to beef up the number of tournaments especially internationally.”

And, Ryvicker’s note concluded: “Carriage is NOT limited to SBGI’s footprint but rather to the MVPD footprint.”

Is this Sinclair’s way of increasing distribution of ASN?

Can Sinclair get the Tennis Channel added to my cable package in time for me to watch this coverage of the Australian Open?

Sinclair is becoming the iHeartMedia of the TV world.

Quite frankly, I watched Sinclair DC WJLA continual coverage of the Severe Snow Emergency off and on all weekend. They did a great job.

Well deserved Credit. DirecTV even thought so much of them it put them up on 361-2 fulltime in HD.

They easily outpaced the competition on storm coverage. And they are leaders in technology as well. As for who is becoming the iHeartMedia of the TV world, um, Nexstar anyone?

So is this an ACE or Double Fault you decide?

Does the Tenner Channel provide the cable access point they need to turn NewChannel 8 in DC into a national cable channel?

They would not need this channel to do that.. It will go nationwide when Sinclair is ready to do so.

TV101 is right on the money. This isn’t about tennis. It’s a placeholder for a Sinclair Network channel (which could have news, sports…including tennis…as well as entertainment programming).

The Tennis Channel is losing money hand-over-fist and needs to revamp its programming lineup. I’m sure we’ll see a more broad-based offering under Sinclair.