The Doctor Is In For At Least 5 More Years 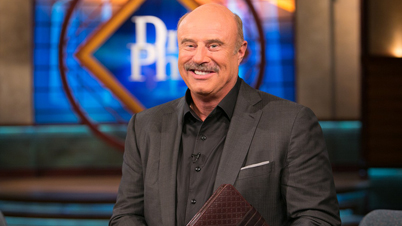 Phil McGraw signs a new deal with CBS that will extend his top-rated syndicated talker through 2020.

Phil McGraw will be sticking around at least through the 2019-20 season as host of TV’s highest-rated syndicated talk show under a new multiyear contract announced today by CBS Television Distribution.

The company said Dr. Phil, 65, “has extended his deal with CBS Television Distribution through 2020,” which means that his eponymous talk show will continue in national syndication for at least four more seasons following the current one that just began last month.

Terms of the deal, other than its length, were not disclosed. But McGraw is one of the highest-paid personalities in all of show business, according to Forbes, which ranks him 15th on its most recent list of highest-paid entertainers with estimated earnings in 2015 of $70 million — from television, book publishing and other ventures.

“All of us in the Dr. Phil family are extremely excited to extend the show through 2020,” McGraw said in a prepared statement. “Extending this dynamic partnership with CBS affords us a chance to continue our important work with individuals and families across America and around the world. Personally, I am so proud to continue with the best team in television. Most of my television family, from Carla Pennington the executive producer to the same seven cameramen I had when we started over 13 years ago, are still here making a difference everyday.”

Now in its 14th season, Dr. Phil premiered in September 2002. So far, this season, the show is continuing its reign as daytime’s highest-rated talk show with an average of 4.4 million viewers per episode, according to CBS.

“We’re so thrilled to have Phil as part of the CBS family and look forward to continuing our long, productive and extremely successful relationship with him,” said Armando Nuñez, president-CEO of CBS Global Distribution Group, in a prepared statement.

McGraw, along with son Jay McGraw, is also developing a syndicated tabloid news show under an agreement with Britain’s Daily Mail. The proposed show, Daily Mail TV, is reportedly in development for next September as a syndicated strip, but sales of the show have not yet commenced, according to several sources. Dr. Phil is also an executive producer of The Doctors, also distributed by CBS.