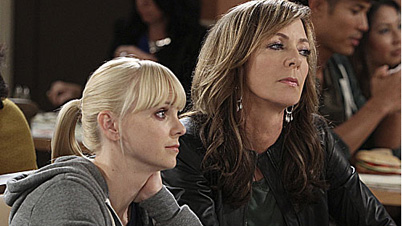 Mom, starring Allison Janney and Anna Faris, starts its fourth season on CBS this fall. It premieres in syndication in September 2017.

The deal with the Tribune stations brings clearances of the show to 71% of the country, including 27 of the top 30 markets, WBDTD said.

This is by far the biggest deal WBDTD has done to clear Mom, although the show had already been cleared on some individual stations owned by groups such as Nexstar, Hearst, Meredith, Gray and others.

“We see Mom fitting right in with our stations and keeping our lineups fresh,” said Sean Compton, president of strategic programming and acquisitions for Tribune Media.

WBDTD President Ken Werner pointed out that Lorre’s comedies have become staples of off-network syndication. “There has been a Chuck Lorre multi-camera comedy atop the off-net syndication ratings for an astounding 457 weeks in a row dating back to 2007,” Werner said. “We believe Mom will join the ranks of successful syndication comedies for the master of great sitcoms, Chuck Lorre.”

Lorre’s other syndicated sitcoms include Two and a Half Men, The Big Bang Theory and Mike and Molly.