Back to TVNewsCheck Home Print this page
DMA 110: LANSING, MI 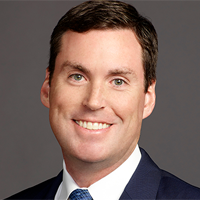 Chastain assumes his new responsibilities immediately and will report to Theresa Underwood, SVP of Nexstar Broadcasting.

Chastain brings to his new role at Nexstar more than three decades of executive and professional experience across all facets of the network and local broadcast television business including marketing, promotions, production, new business development and a strategic planning across multiple media platforms.

Before Nexstar, he was the owner and principal marketing consultant of 630 Marketing, where he provided strategic marketing direction and event production consulting services for a variety of business-to-business and business-to-consumer clients in media, among other industries.

Prior to that, Chastain spent more than 20 years working for the NBC Television Network where he held a number of senior level positions during his tenure. In his most recent role, he served as EVP, affiliate marketing and development where he led a bi-coastal staff responsible for developing and distributing all network marketing and sales marketing content across more than 240 NBC owned and network-affiliated television stations. He left that position in May.

Earlier in his career at NBC, he was SVP of affiliate and marketing development and before that, he held various positions of increasing responsibility in the affiliate advertising and promotion services department, including manager, director and VP.

Chastain earned his Bachelor of Science in journalism from Texas A&M University in College Station. He is an active participant in numerous industry-related associations having recently served as co-chair of the board of directors of PromaxBDA and is currently board member of the Society of Voice Arts and Sciences. Additionally, he is a former member of the NBC Universal Marketing Council and NAB’s Digital TV Transition Committee.