She's being celebrated with TVNewsCheck's annual Women in Technology Leadership Award in recognition of her leadership in overhauling technology at the ABC Owned Television Stations Group. Her efforts have helped the company adapt to a multiplatform future and changing economic times. In her role as the group's VP of broadcast technology, she has demonstrated an ability to make tough decisions and rally her team behind implementing a new plan.
By TVN Staff | January 21, 2019 | 6:24 a.m. ET. 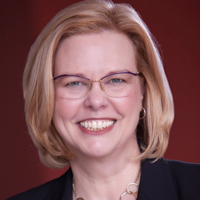 Graham’s leadership in overhauling technology at the ABC Owned Television Stations Group has helped the company adapt to a multiplatform future and changing economic times. In her role, she has demonstrated an ability to make tough decisions and rally her team behind implementing a new plan.

Graham has also set herself apart as a leader, calling on the industry to harness the power of metadata to better monetize news and programming assets. Significantly, she is also the first woman to lead technology at a television station group and has broken — in the TV industry — what a recent presidential nominee called “the highest hardest glass ceiling.”

“Tish Graham has quietly overhauled technology and the engineering management culture at one of the television industry’s most iconic station groups,” said TVNewsCheck Co-founder and Publisher Kathy Haley. “She is a great representative of the values celebrated by the Women in Technology Leadership Award.”

She received a bachelor’s degree in communications from Washburn University in Topeka, Kan. While in college, she interned at KTWU Topeka and began her career as a staff engineer at KTSB and KLDH in Topeka.