The MVPDs are pushing the Local Choice alternative to retransmission consent in the pending STELAR home satellite renewal legislation as it did in 2014. So, TVNewsCheck is posting broadcast attorney Jack Goodman's 1,564-word argument against the proposal as it did in 2014.
By Jack Goodman | March 25, 2019 | 5:34 a.m. ET. 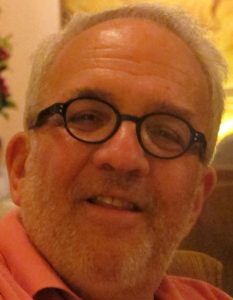 Local Choice, which cable and satellite operators pitch as a less oppressive and costly alternative to retransmission consent, picked up key congressional supporters in 2014 when the STELAR home satellite act was last up for renewal. Nonetheless, broadcasters managed to keep the provision out of the final legislation.

During the course of the congressional debate, broadcast attorney Jack Goodman wrote a piece for TVNewsCheck in which he argued that Local Choice was a poor choice for consumers, broadcasters, lawmakers and even for the MVPDs. It appeared Aug, 13, 2014.

With STELAR up for renewal again this year and the MVPDs apparently making another run at attaching Local Choice to the legislation, Goodman’s article is once again timely.

So, with Goodman’s permission, we repost it today.

Instead of broadcasters negotiating for carriage with multichannel video programming distributors (MVPDs), those who select retransmission consent would set a retail price for their channel. MVPDs would offer that channel to subscribers at the broadcaster-set price without any mark-up. Subscribers could choose to receive the channel or not; if they take the local channel, the fee would be added to their cable bill and all revenues would be remitted to the local TV station. All other rules — must carry, basic tier, local exclusivity, compulsory license — would be unchanged.

The senators believe that this would benefit consumers by eliminating “blackouts”; by making retransmission consent fees “transparent”; and by encouraging competition among local stations. Sounds like “win-win”? I’m not so sure. Let’s look at it from several perspectives:

For consumers:  The proposal would ban MVPDs from marking up the broadcaster price. But like most à la carte proposals, the Local Choice plan ignores the fact that it costs MVPDs something to deliver any channels. They have the cost of capital to construct their plant; the costs of operation and maintenance; the cost of consumer equipment such as set-top boxes; and the cost of billing, collecting and remitting the payments due local TV stations. How would they recoup those costs? No doubt, they would add a “system charge” to their bills, or else simply increase the costs to receive must-carry or other channels.

To be sure, a Washington Post blog on Monday said, without identifying a source, that cable companies would have to reduce basic tier rates by the amount they now pay in retransmission fees. Even if that is the senators’ intent, how would that work? Would cable also have to reduce fees by any mark-up they now place on retransmission fees or other costs they allocate to carriage of those signals?

And at the end of the day, retransmission fees represent only a tiny fraction of MVPD programming costs. The reduction in rates, even if one occurs, will probably not be significant for most consumers, and the price they will pay is losing access to the programs they most watch.

For the many cable systems that still offer analog tiers, and for subscribers to digital systems who have analog receivers, many retransmission consent agreements require that local signals be provided in HD, in analog, and sometimes in digital SD. Under Local Choice, broadcasters would have no ability to negotiate with cable systems, and cable systems would have the incentive to carry only one version of the TV signal. Consumers who have analog sets or who up to now have only purchased an analog tier would have to upgrade and obtain set-top boxes, increasing their costs again.

For MVPDs and Cable Program Suppliers:  Certainly, for MVPDs and their program suppliers that have opposed à la carte, this is the camel’s nose under the tent. ACA’s Matt Polka makes no bones about it. Of course, while many cable companies — particularly those without programming interests — have supported proposals to require wholesale à la carte, so that they could pick and choose among programmers’ channel offerings, most MVPDs have shied away from support for the kind of retail à la carte regime that the Local Choice plan contemplates.

If cable customers can choose only the limited channel selections they want, much of the economics that support cable programming, advertising and delivery will be upended. But once MVPDs begin offering some channels à la carte, can there be any doubt that the pressure will grow from regulators to make them offer all channels that way?

As noted above, press reports say that the bill would require MVPDs to reduce basic tier rates by the amounts they now charge for local broadcasters electing retransmission consent. How would those amounts be determined? And if consumers disagree with the MVPD’s calculation, who would decide? The FCC? Local franchise authorities? The cable industry has been busy trying to remove the last vestiges of rate regulation, and satellite rates were never regulated. Do MVPDs really want to have their rate structures opened up once again for government review?

Local broadcast channels remain the most-watched programming on MVPD systems. Before retransmission consent, the cable industry did regular studies asking subscribers to estimate what part of their monthly bill they believed was allocated to various channels. The studies showed that consumers typically felt local channels represented more than two-third of their cable bill. If the costs of local channels are separated out, would there be pressure on MVPDs to reduce the far larger cost of receiving channels that consumers watch far less?

While many large cable systems have gone to all-digital plants, there remain hundreds (perhaps thousands) of non-upgraded systems. For those systems, turning a single signal on and off requires a truck roll to install or remove a trap or make a similar change. Let’s say that a subscriber declines to take the local Fox affiliate, but then in October realizes that Fox has the World Series and changes his mind. After a couple of months, he decides to give it up. That could be two truck rolls for the cable operator. Is that a cost the cable operator must absorb, or is that another charge placed on the consumer?

Many TV stations now allow very small cable systems to retransmit their signals solely in exchange for committing to carry their signal and perhaps a multicast stream. The Local Choice plan would require that broadcasters set one price for all MVPDs. It would prevent broadcasters from exempting those very small operators, and require those systems to develop more complicated billing and collection systems.

For Broadcasters: While there might be some benefits to stations from the Local Choice proposal — setting their own retransmission rates, eliminating the growth of new cable programming channels if à la carte spreads to non-broadcast channels — there could be costs as well.

One of broadcasting’s major selling points to policymakers and to advertisers is that local broadcasting is universal; it’s available to everyone who has a TV. Under Local Choice, that may no longer be true. How would that affect broadcasters’ ad sales, particularly if cable consumers can opt in and out of purchasing local channels?

Many stations have invested time and money in new multicast services. Some of them have become very popular. A typical retransmission consent agreement requires cable systems, as part of their compensation for carrying the main signal, to carry multicast streams to consumers. The Local Choice plan does not seem to contemplate any negotiation between stations and MVPDs. Would there be any incentive for cable operators to carry these channels that sell ads in competition with their own programming? Or would cable operators seek to charge broadcasters for carriage of these channels?

Most retransmission consent agreements now require MVPDs to pay stations within a specified period, and many also provide for audit rights. The proposal circulated last week was silent on those issues, and without a right to negotiate, could MVPDs collect from their customers and then delay remitting those amounts to TV stations?

Another Washington Post blog entry speculates that, if Congress passes Local Choice, that would give Aereo another opening to argue that it should be treated as a cable system. Whether that might happen is unknown, but isn’t that just one example of why changes to the retransmission consent regime — adopted as part of a comprehensive bill looked at by Congress over several years — should not be adopted piecemeal and without comprehensive review?

For Policymakers: A central purpose of the 1992 Cable Act was to ensure the continued universal availability of local television stations because, as Congress put it, “carriage of such signals is necessary to serve the goals” of the Communications Act. That was the policy basis of provisions such as must carry, basic tier regulation, and the viewability rule.

Local Choice seems to go the other way and make universal reach optional. But if a subscriber chooses not to take local stations, that subscriber may not receive crucial emergency information, or local news, or information about local elections from both news programming and ads placed by candidates.

Some might respond that the occasional “blackouts” of local stations because of retransmission consent have the same impact. But the small number of blackouts, usually resolved quickly, and often involving only one local station, are not remotely comparable to the potential that viewers would lose access to local information for long periods, and for some customers, possibly indefinitely.

Jack Goodman practices communications law in Washington. He was previously general counsel of the National Association of Broadcasters, where he was NAB’s chief legislative counsel on the 1992 Cable Act. He can be reached at [email protected].

CBS, for example, hated Local Choice so much that five minutes after @nabtweets and the TV Cashcasters killed Local Chioce for cable on Capitol Hill in 2014, CBS rolled out Local Choice on the Internet for broadband customers. It’s called “CBS All Access,” and it is the apotheosis of à la carte TV.

According to CBS interim CEO Joe Ianniello, CBS All Access has been a huge success.

The real “Local Choice” argument should be whether subscribers of MVPD services be required to purchase broadcasters’ signals in order to get other cable channels.

Currently, viewers must purchase the Basic Tier – where “broadcasters” channels reside due to regulations – before buying other programming packages.

Cable subscribers who opt to put up their own antennas should not be required to pay for broadcast stations through cable. This likely would save the average viewer around $10 a month.