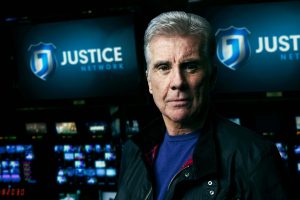 Tegna today said it has agreed to pay approximately $77 million in cash for the approximately 85% of Cooper Media’s 24/7 multicast networks Justice Network and Quest that it doesn’t currently own, valuing the networks at $91 million.

Tegna said the transaction is expected to be accretive to EPS within the first 12 months and immediately accretive to free cash flow.

Brian Weiss, president and general manager of Cooper Media, will join Tegna and continue to run Justice Network and Quest, which are based in Atlanta.

“Consumer viewing habits are shifting toward over-the-air consumption supplemented by inexpensive over-the-top services,” said Dave Lougee, Tegna president-CEO. “Justice and Quest allow us to fully capitalize on the growth in over-the-air television audiences, which has increased by more than 48% over the past eight years.”

“It has been an honor to work with Tegna to build Justice Network and Quest from the ground up, while informing and entertaining the growing over-the-air audience,” said Lonnie Cooper, chairman of Cooper Holdings. “The timing is right for Cooper Holdings to focus on its core agency businesses, while cheering on the networks’ continued success as part of the Tegna family.”

Tegna said it will finance the transaction through the use of available cash and borrowing under its existing credit facility, and “it will not have a material impact on Tegna’s leverage.”

The transaction is subject to Hart-Scott-Rodino clearance and customary closing conditions and Tegna said it is expected to close by the end of the second quarter of 2019.