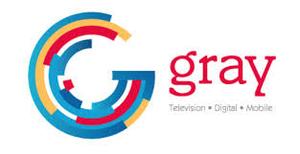 For the past four years, Coles has served in the same role at Gray’s KMVT and KSVT in Twin Falls, Idaho (DMA 189). Prior to that, he spent 13 years as the digital sales manager for Gray’s WKYT in Lexington, Ky., and WYMT Hazard, Ky.

In light of Cole’s move back to Kentucky, Kathy Silk, who is the general manager of Gray’s KNIN Boise, Idaho, will also oversee the Twin Falls stations as their new GM. The company said this dual role “will allow for greater coordination and cooperation between our stations in these adjacent Idaho markets.”

Over the past 28 years, Silk has made her mark in television sales, holding various sales management positions in a number of markets including Green Bay, Wis.; Wausau, Wis.; and Rapid City, S.D.

The appointments will be effective on June 15.