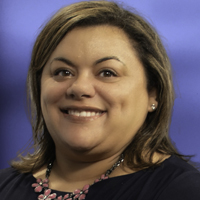 In her new role, Wolfe will build the WSFL news operation from the ground up, leading the station’s broadcast and digital teams serving South Florida communities.

“Nicole’s successful track record of leadership, working closely with teams of reporters and photojournalists for more than two decades, makes her the ideal person to build and lead our new news operation,” said Bill Siegel, vice president and general manager of WSFL.

Wolfe received a bachelor’s degree in telecommunications from Kutztown University of Pennsylvania.