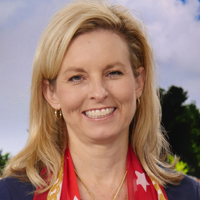 Nexstar Broadcasting today promoted Mari Ossenfort to vice president and general manager of the company’s broadcast and digital operations in Sioux Falls (DMA 113) and Rapid City, S.D. (DMA 169). In her new role, she will have full oversight responsibility for the KELOLAND Media Group, including KELO (CBS/MNT), KCLO (CBS/CW) and KELOLAND.com, serving portions of South Dakota, Iowa, Minnesota, Nebraska, Wyoming and Montana — one of the largest coverage areas in the nation. Ossenfort assumes her new responsibilities immediately, reporting to Doug Davis, Nexstar SVP-regional manager.

She takes over leadership of KELOLAND from Jay Huizenga, who is retiring after a 40-year career in broadcasting. Huizenga began his career at KELOLAND as an account executive in 1980, rising through the ranks to become VP-GM for the past 13 years.

Ossenfort brings more than 25 years of local broadcast management, sales and marketing experience to her new role. Since 2017, she has been the general sales manager for KELOLAND, where she oversaw all aspects of broadcast and digital advertising sales strategy and management, as well as KELOLAND’s relationships with Nielsen, ComScore and programming syndicators.

Under her leadership, KELOLAND secured the rights to broadcast several football games of the South Dakota State Jackrabbits and the University of South Dakota University Coyotes on its digital subchannels. Ossenfort was also instrumental in creating community relationship programs, including “Buy Local,” designed to educate and encourage area residents to support local businesses, and “KELOLAND on the Go,” a daily news digest and weather update available on the KELOLAND mobile app.

Prior to joining KELOLAND, Ossenfort was VP-GM of Forum Communications, overseeing its broadcast operations in Fargo, Grand Forks, Bismarck, and Minot, N.D. Prior to Fargo, she was GM of KDLT Sioux Falls from 2006 to 2013.

Ossenfort previously was chairwoman of the North Dakota Broadcasters’ Association and a member of the ABC Network Affiliate Board of Governors.

She graduated from the University of South Dakota/Vermillion with a degree in business management.