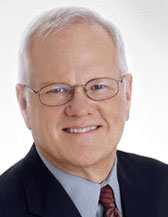 One of local TV's most accomplished investigative reporters, WFAA Dallas' Byron Harris believes he may be part of a dying breed as broadcasters fixated on the bottom line keep cutting the people and resources needed for in-depth reporting. But for now he is happy to be with Belo, one of the few station groups committed to its investigative tradition.

The FCC’s June study on “The Information Needs of Communities” found that investigative reporting in local TV is “increasingly rare” as financially pressed broadcasters calculate that such enterprise reporting is no longer worth the considerable cost.

The finding will get no argument from Byron Harris.

Harris is one of broadcasting’s pre-eminent investigative reporters, having earned all of broadcast journalism’s most prestigious awards, including this year a Peabody and a Murrow for an on-going expose of for-profit career schools.

Harris has worked for Belo for 38 years (currently WFAA Dallas) and considers himself fortunate. Belo is one of the handful of station groups that is bucking the trend, he says in this interview with TVNewsCheck Editor Harry A. Jessell. Instead of marginalizing investigative reporting as most groups are doing, he says, Belo is nurturing it, convinced that it sets its stations apart and above its competitors.

In most places, investigative reporting is a victim of broadcasters’ obsession with the bottom line, and the merging of news operations within markets is only making matters worse, he says.

The situation has left him pessimistic about the future of his corner of broadcasting. “The reality is investigative reporting has been disappearing and it will continue to disappear regardless of whether stations consolidate or not.”

How would you describe the state of investigative reporting in local TV?

Well, I would say it’s not very robust. All I can really talk about is this market where I work. Out of the four stations, there’s probably two that do it actively. So, that’s not as good as it might be.

Can you make a business case for investigative journalism at a station?

I don’t know what the numbers specifically would be as to whether there’s a business case there or not. Given the long-term audience that we have [at WFAA] and the audience habits in Dallas, we still get a high percentage of people who come from the other stations to us at 10 o’clock and part of that might be the investigative work that we do. They have a different expectation for this television station than they do the others. So in that sense I think there’s a positive business case. Is there a demonstrable audience kick over a short period of time? I don’t know.

Do you think Belo’s commitment to investigative journalism has diminished over the years?

No. I actually think ours has increased. Corporately, in all of our television stations, it’s an important component of the product we deliver to the audience. I think the company perceives it as that. I can tell you that I have been here for 38 years and we have more investigative resources now than we have ever had before.

Well I think the company perceives that there is a business case for it and I also think that there’s a public service case for it. When television stations were licensed by the FCC in a more rigorous fashion than they are now, public service was  part of your reason for doing business. That is a vestige of the past, but that’s certainly held in place here. This television station was once owned by a newspaper company, which had a strong commitment to public service. We’re not owned by them anymore, but that tradition remains. That’s certainly the way Belo sells its product to advertisers. We try to do something more than quickly giving you how many car wrecks occurred today in your city.

Does it make sense for TV stations to partner up with groups like ProPublica, independent journalistic organizations?

If the question is posed as partnering with ProPublica or doing nothing, then partnering with ProPublica is the way to do it. I know of a station out in San Diego that has a partnership like that and it’s worked out better for them. They have been able to do things that they hadn’t been able to do previously, but I don’t know that many commercial TV stations that have partnerships. Maybe you do.

Well, I think you’re referring to partnership between the NBC O&O in San Diego (KNSD) and Voice of San Diego.

The NBC O&Os in my view do not have an investigative tradition nor do they going forward have an interest in doing any investigative reporting. NBC is strictly a bottom line organization as it applies to its O&Os. Every year they lay off more people. Any action that I have seen in the investigative area is simply cosmetic.

Well, they have a new president who may want to turn things around. Frankly, I don’t see very strong investigative traditions by any of the O&O groups.

I know that NBC eliminated its investigative unit at WNBC a few years ago. I can’t speak to CBS. Fox is pretty much irrelevant and ABC doesn’t appear to be interested either in New York. But I don’t watch their broadcasts every night and people make assumptions about what television stations do by watching them once or twice a year and you can’t really do that.

Does it make sense for TV stations to hook up with the local papers for investigative reporting?

I think so. We do not cooperate with [The Dallas Morning News]. We’re friends with them, but we’re no longer owned by them. So we do our investigative stuff and they do their investigative stuff. The [Fort Worth] Star-Telegram partners occasionally with local TV stations and that works out. So I think that’s a positive force. And if it’s pursued sincerely, it’s better than nothing for sure.

Is there any downside to partnerships with third parties likePro Publica or with a newspaper? Libel liability, for instance?

It could get complicated, but libel issues are pretty complicated period. In some ways, it might be better to have a ProPublica partnership than it would be to go in on your own from a liability standpoint because ProPublica clearly has a tradition of serious journalism. If the people who are being sued, like ProPublica, have that tradition, it’s good to have them on your side.

I know that investigative reporting often involves a lot of legal hassles. It’s not just libel. It’s access and other things. How big a barrier is that?

It’s a formidable barrier. It’s something that we think about a lot and it’s something that we try to contemplate as much as we can before we put something on television. It kind of gets to the kind of investigative stories that you do. I mean if you’re doing a local refrigerator-salesman-gyps-consumer story, then your threat is not very big. If you’re taking on hedge funds, major public institutions and major income producing companies, it’s something else. We tend to do the latter and it’s very difficult.

Who’s on the WFAA investigative team?

We have two investigative reporters, me and Brett Shipp, and we have a photographer/editor, who is delegated to us, and a producer, Mark Smith, who keeps the Freedom and Information requests going and helps Brett and me with the legwork.

Can you quantify how much you produce in a year?

A couple of pieces a month, but then we do general assignment stuff too. Last week I did a couple of stories — an election story and an aviation story. So it kind of depends on the week, but in terms of investigative pieces, we try to do a couple a month and then during ratings it’s usually more intensive. We try to have four or five pieces on during a ratings book.

Some of these pieces are parts of a series on one topic, right?

Yeah. Right now, we are doing a report on Medicaid fraud. We have done six stories and we will continue to do more. It’s $440 million worth of misspending with the potential of much more. We have also been working on for-profit schools now for five years and we have done lots of stories about those and we’re continuing to do those.

Do you ever come up dry? Do you spend a lot of time and then have nothing to show?

Oh sure. You come up dry and it’s very disheartening, but it’s even more disheartening to put something on the air that doesn’t meet the standard and either be legally compromised or just embarrassed by it.

Over the last decade, there have been an increasing number of mergers of broadcast news operations at the local level. Do you think that such mergers are good or bad for investigative reporting?

The fewer the sources, the worse it is for journalism in general and investigative reporting as well. I can say that without fear of equivocation.

Why do you say that?

But you said earlier that that is not always the case. Belo is committed to investigative journalism.

Belo does yes.  We’re what? No. 5 in size or No. 6 or No. 7. So there’s six entities above us that don’t care very much about it. [Editor’s note: According to TVNewsCheck’s ranking of commercial TV station groups, of the English-language groups with news producing stations, Belo ranks No. 9 in coverage of TV homes.]

The counter argument is that if you would allow more consolidation within the markets, the remaining stations will be financially stronger and better able to do good journalism of all kinds.

Are you a convention goer? Do you go to RTDNA? The IRE [Investigative Reporters and Editors] convention?

Just to learn more about what you do?

Well, it’s good to be around people who are struggling to do the right thing. You can get real lonely if you don’t talk to comrades or colleagues. It’s good to know that other people are trying to muddle through.

This is what happens when you allow consolidation of a voice. Companies and governments have made tacit agreements that anyone who portrays the company or government agency in a negative light will be booycotted by said agency or company. The companies will pull their advertising and the other companies that aren’t being investigated support the ones that are, because they know they could be next on the “hit list.”

The desire these days is to get three *adequate* stories per day from each reporter rather than one award-winning story every three weeks. It’s about how we can fill today’s rundown with content and not about doing our jobs as community informers and watchdogs. The public seems to like the Facebook, Twitter, and Hollywood distractions we’ve substituted real news for and these are inexpensive resources for us. Investigative reporting is also difficult –not something any college grad can do– and it tends to make enemies. Many news directors don’t like dealing with the hassles.

I don’t see any conspiracy here but rather complacency.