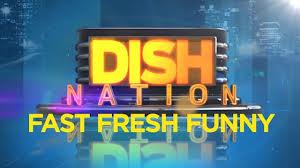 Twentieth Television is poised to announce renewal of the DJ-hosted entertainment show at the NATPE convention next week. It regularly ranks No. 1 among this season’s new shows in the adults 18-34, men 18-34, men 18-49 and men 25-54 demos.

Twentieth Television’s radio-DJ-hosted newsmagazine Dish Nation is pulling off a feat that a few of this year’s other rookie syndicated shows won’t — a second season. With Dish delivering ratings equal to its higher-profile freshmen rivals, according to syndication executives, Twentieth is expected to make the announcement of renewal at NATPE next week.

Among the other rookies, Twentieth’s Ricki had a 0.3 and CBS Television Distribution’s Jeff Probst and NBCUniversal’s Trisha each had a 0.2 rating.

“It is exciting to watch the momentum build on the program,” says Stephen Brown, EVP of programming and development at Twentieth Television.

“You can see in real time on social media — Facebook and Twitter — viewers proclaiming their enthusiasm for the program and for the radio personalities we feature. And, more importantly, they are constantly sharing with their friends that Dish Nation is the funniest show on television, resulting in new eyeballs watching the show and contributing to the continued upward trajectory of the ratings.”

The show is carried on stations belonging to Fox, Meredith, LIN, Sinclair and Tribune.