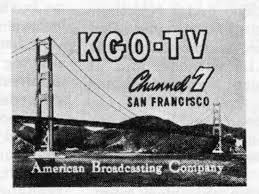 The ABC Owned Television Stations this spring finished digitizing, cataloging and storing  the news tape library of its KGO San Francisco, making stories going back to the 1970s readily available to producers at KGO and the other ABC O&Os.

It was the latest milestone in a massive project begun six years ago to digitally archive the news libraries of at least six of ABC’s eight stations.

“We chose to take on this project because the condition of the videotape, particularly the U-matic [tape], was becoming critical,” says Jim Casabella, director of advanced technology for the station group, who is overseeing the operation.

“It is difficult just being able to find machines that can play those videotapes back, and the condition of the tape was deteriorating,” he says.

No decision has been made about whether to include ABC’s two smaller-market stations, WTVD Raleigh-Durham, N.C., and KFSN Fresno, Calif., Casabella says.

When complete, the station group will have preserved nearly 120,000 hours of news, some  six million stories. With KGO done, the preservation is about 70%-75% complete, says Casabella.

Producers can access the video through their Grass Valley news production systems and the EMC Documentum and Front Porch Digital DIVA media asset management systems. Because the systems are linked, producers in any one of the ABC stations can access files from any one of the other stations that has been archived.

“When we get finished there will be a little over a petabyte of data,” Casabella says. “We are making two copies –one to remain at the station and another to go on the asset management system we have for sharing video content inside the Walt Disney Co.”

The digitization will free up a lot of space at each station, Casabella says. For example, at KGO,  the old tape library is packed into some 2,000 square feet of sliding-shelf storage. Transferred to 200 LTO-4 data tapes, the library can fit into a medium-size shipping box.

The stations will either dispose or give away the old tape. WPVI Philadelphia chose to donate its to Temple University, Casabella says.

At the time of the project’s inception there were no turnkey, commercially available solutions for transferring massive numbers of analog tapes to data tape and disk.

Initially, Casabella had planned to use Sony Flexicarts with customized Harris software. But with the Flexicarts being phased out, he chose to go with the newly released SAMMA robotic data tape handling system, which had just been purchased by the Library of Congress for a major preservation effort.

The station group bought three of the SAMMA systems, with their associated electronics, including time base correctors, and paired them with Grass Valley Profile servers, LTO-4 data tape recorders, automation software from Harris and several Telestream FlipFactory transcoding software licenses. “That was a hybrid system,” notes Casabella. “We were sort of early.”

With the completion of the project at KGO, the station group is upgrading everything except the SAMMA systems with Front Porch Digital’s DIVA, Casabella says. Front Porch acquired SAMMA in October 2008.

Since the project began, all the stations have replaced their EMC Avalon storage systems with Front Porch Digital DIVA systems.

Metadata has been a thorny issue, Casabella says. The only easily accessible information about the news stories stored on the tapes is handwritten story slugs, dates and in some cases times written on each cassette label. During the preservation process, techs take JPEG photos of each tape label.

Stations also had assigned numbers to each tape, which in some cases appear in the rundown of a station’s newsroom computer system or in scripts, he adds. The archive uses the tape number as the basis for file names, which allows users to search scripts for the tape numbers, which in turn takes them to the digitized file of a desired tape, including the associated JPEG photo of the cassette label.

Casabella is evaluating other tools, including speech-to-text search engines and phonetic search tools that may be used in the future to enhance the metadata that’s available and improve searches.

Casabella declined to discuss the cost of the project, but argues that it is worth the time and money.

Digitizing aging news videotape is important from a historical point of view, he says. “I would encourage people to face up to the fact that they need to preserve their libraries.”

“You can’t make a business case for doing it, but on the other side of the equation is the fact that the three or four stations that have been doing news for the past 35 years in these markets have created the only video library of the important events in their cities,” Casabella says.

“There isn’t anything else. If those are gone, that video record is gone.”

I wonder if anybody has tried to make a business case. Metadata would be absolutely key to trying to generate revenue from these assets though. Kudos to them for doing this.

Congratulations, Jim, and to everyone else on the ABC team that put this important effort together.

And this is how small market stations are archiving history. http://www.keloland.com/newsdetail.cfm/keloland-continues-to-archive-state-history/?id=165178