An out-of-date newsroom computer system forced German news network Welt to go in search of a comprehensive update. Working with systems integrator LOGIC, it selected Octopus and found the platform flexible enough to accommodate all of the editorial team’s requests for workflow changes.
By Adam Kennedy-Ripon | August 13, 2019 | 9:59 p.m. ET.

German news network Welt needed to replace its aging newsroom computer system with a faster, more reliable platform that would allow staffers to customize workflow modules and meet the company’s business needs. With the help of its integration partner, Logic Media Solutions GmbH (LOGIC) the company’s managers surveyed their options and, in the fall of 2017, selected Octopus.

Founded in the late 1990s, Welt, formerly known as N24, broadcasts news 24 hours a day from its headquarters in Berlin and produces bulletins for other major broadcasters, including ProSieben, Sat 1 and Kabel Eins.

By 2017, when the company decided to shop for a new NRCS, managers knew they needed a long-term solution that would accommodate future growth and technological innovation. They also had hardware that they wanted to continue using in their new environment and they needed to preserve years of historical news, media and metadata.

In addition, sister company MAZ & More (home of Sat. 1 Frühstücksfernsehen, had its own requirements and its own separate system that had to be included as part of the overall project. 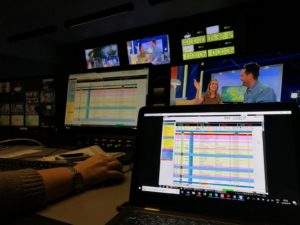 LOGIC played a critical role in designing, implementing and testing the new newsroom system for both Welt and Maz & More. The system architect and distributor, which has more than 20 years of installing professional broadcast and telecommunications technology, was able to adapt the project as it was underway, adding features Welt’s team requested.

“As usual, customers start a project with a defined set of requirements, but during the implementation period, a whole new world of opportunities is presented which they never knew existed,” says Thomas Heyer, sales and service engineer at LOGIC. “And then there is a hunger for more.”

Octopus kept up with the evolving needs of the project, Heyer said. “The performance of the whole Octopus team was outstanding. We were able to realize nearly all additional requirements which came up during this project. Octopus is an incredible and versatile system that evolved even during the implementation phase.”

The Octopus News System has evolved over many years in collaboration with many global broadcasters to address specific shortcomings and challenges of news production. A fundamental part of its design has been its collaborative features, including remote working functionality to allowing journalists and newsroom staff to operate more efficiently.

The Octopus mission has always been to set the standard in performance and new feature functionality. One example of this at Welt has been the ability to display long and sophisticated rundowns as part of its news workflows. Previously this would have taken much too long to complete and was susceptible to other performance issues. After installing Octopus, this was no longer the case.

In addition to its rich core functionality, Octopus also has an open API that allows customizations for additional workflows that are specific to a customer’s unique needs. Development can be provided by Octopus, their partners or can be used by a customer’s own development team. Welt benefited both from customised scripts provided by Octopus, and from own developed scripts, for different purposes, like migration of data or automating various tedious tasks.

By going live with the Octopus Newsroom system, Welt has satisfied its appetite for efficiency. In the past, journalists felt restricted by a system that was slow and lacked specific features, but now they have an environment that is responsive across the entire ecosystem.

In a world that is rapidly evolving, not just in terms of technology, but also news delivery, Octopus has been a major step-up system. Octopus prepares customers for future trends and shifts, offering an excellent base to stay ahead in the future while also providing a customized platform for the present. This flexibility empowers newsrooms to move at their own pace. 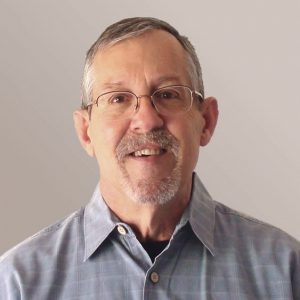 Learn more about how Octopus is streamlining news production. Make an appointment for a demo at [email protected] or call Gene Sudduth, National Sales Director, at 844-OCTNEWS